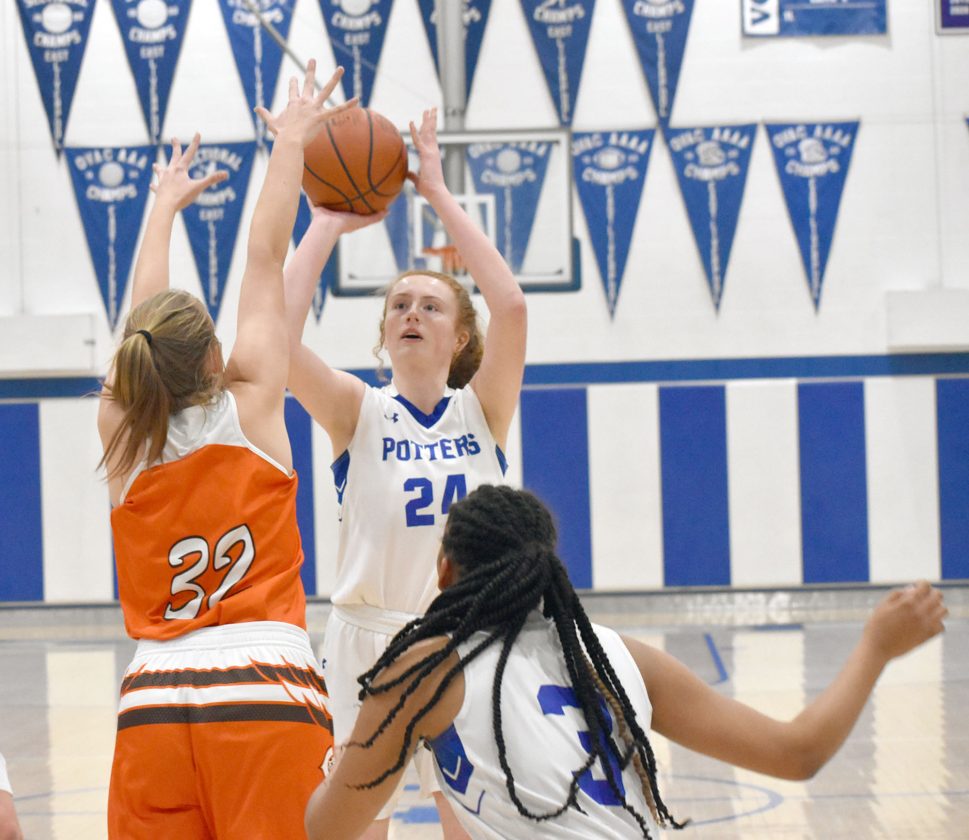 “Ten seasons,” Ludwig said right off the bat following Wednesday’s Div. II sectional opener against Claymont. “Getting a win in the tournament has been a goal of ours since the beginning of the season. It’s something everyone was working really hard for.”

The 12th-seeded Potters at long last extinguished their tournament drought Wednesday by staging a second half rally and slipping past 14th-seeded Claymont 54-50 in a hard fought game at Potter Fieldhouse.

The Potters (10-13) win their first tournament game since 2009 and also snap a nine-game losing streak. They will travel to top-seeded Tri-Valley at 2 p.m. Saturday for a sectional final.

“I’m just so proud of my entire team that we were able to able to accomplish this on our home floor tonight,” Ludwig said. “It’s crazy.”

Ludwig led the way with 15 points, while guard Mikayla Reed added 12 points as the Potters fought back after trailing by as many as eight in the second quarter and five at halftime.

“Tonight means a lot for our seniors to get this done,” East Liverpool coach Bryian Burson said. “Not only were we able to get a tournament win on our home floor, but we also got to 10 wins, which was another one of our big goals coming into the year. It’s been several years since this program’s got to double digit wins. It was great to be able to send our seniors out at home this way.”

The Mustangs, who were led by 14 points from Bailey Eddleman and 12 points from Emma Woodward, went on a 10-1 run midway through the second quarter to surge in front 25-18.

The Potters still trailed 47-44 with 5:15 left when guards Shayla Foster and Selena Rogers helped get their team over the hump.

After a Foster bucket got the Potters within one, Rogers dribbled coast-to-coast for a layup to give East Liverpool the lead for good. Foster followed up with an offensive rebound and putback before Rogers converted a huge “and-1” to make it 53-49 with 2:58 left.

Rogers finished the night with eight points off the bench. Foster had seven points.

“We kind of go how our guards go,” Burson said. “If they play decent, we usually do pretty well. They did a lot of good things late in the game. Those two kind of helped push us over the edge.”

The Potters went without a field goal over the final 2:58, but their defense hung tough. Claymont scored just three points in the final 5:15 of the game.

“Our effort really got us going in the second half,” Burson said. “In the first half we got in foul trouble and pretty much all of those were reach-in fouls where we bailed them out. Going to a 1-3-1 also impacted them a little bit too. When we do the things we’ve been working on we’re not too bad.”

The Mustangs were able two good looks at a potential game-tying three in the final 17 seconds, but both chances missed the mark and a loose ball went out-of-bounds off of Claymont with three seconds left.

After the Potters successfully inbounded the ball, Rogers was fouled with 0.1 seconds left, icing the game.

“Me and (fellow senior) Ciara Peachey didn’t want our last game here to end in a loss,” Ludwig said. “We didn’t want to go out playing the way we did in the first half, and our team made it happen.”

¯The Potters have made a bunch of progress since they won one game during Ludwig and Peachey’s freshman year.

“Getting 10 wins was a goal we wrote on the board before the season even started,” Ludwig said. “To go from winning one as a freshman to 10 as a senior means everything. I’m so proud that I got to be a part of this program and see it grow.” 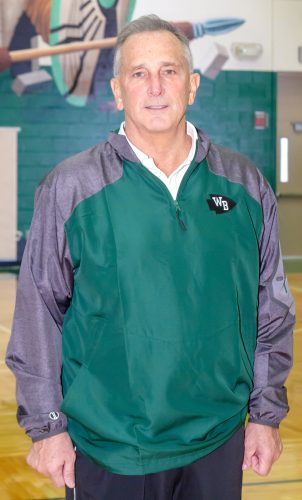