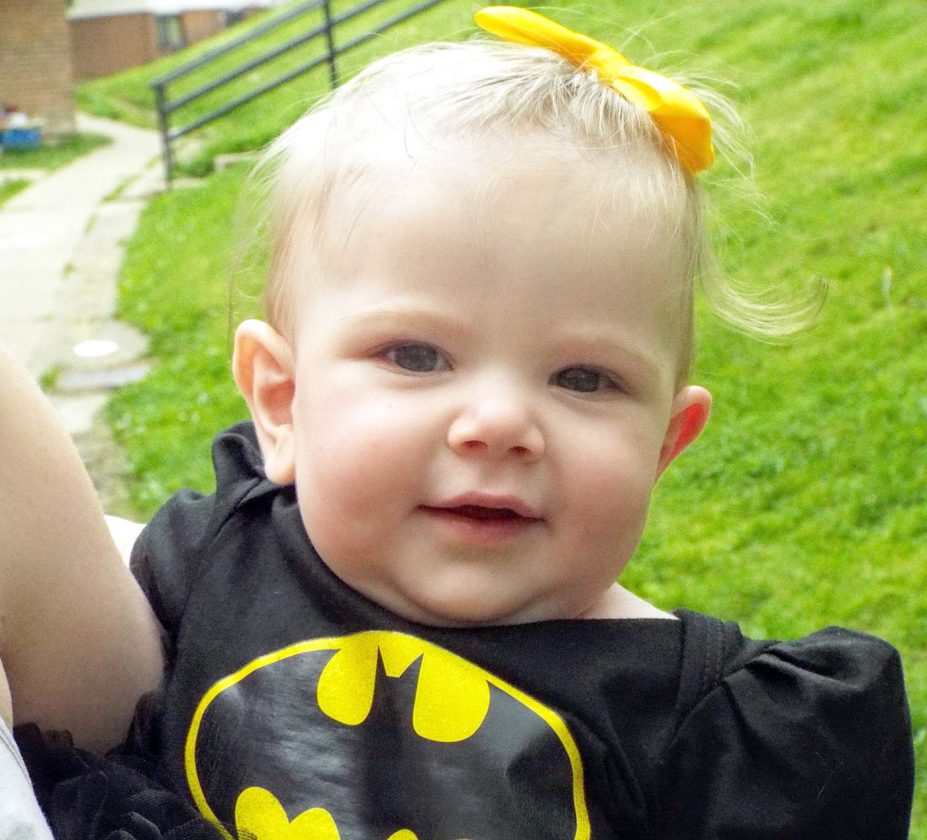 Nyla Jo Akers, 7 months, was all smiles a week after a near fatal choking incident on an UNO card in her family’s East Liverpool apartment. (Photo by Stephanie Ujhelyi)

Mom Misty Conrad said that a friend had been watching Nyla Jo Akers while she grabbed a shower, when an UNO card that the tot had been chewing on had become lodged in her throat.

Conrad and her friend, both who had worked in the health care field, attempted to remedy the choking incident themselves. When that didn’t work, Conrad said they called 911 only to be dispatched to Chester due to a cell tower glitch.

The call was redirected back to East Liverpool, which sent Patrolman Chris Green, himself a new father and back from paternity leave. He went to Conrad’s apartment to try and render first aid while the ambulance was on the way.

Conrad explained Green reached his finger into Nyla’s mouth and swept out one clump of chewed card and repeated the action to find another one lodged back further.

According to city Police Chief John Lane, all his officers are trained in basic first aid by the East Liverpool Fire Department for situations like this.

Conrad estimated it took only minutes after her initial call despite the relay issue.

“It was a scary experience, but it was good he could act even that fast,” Conrad added.

Nyla is the youngest of Conrad’s five children.