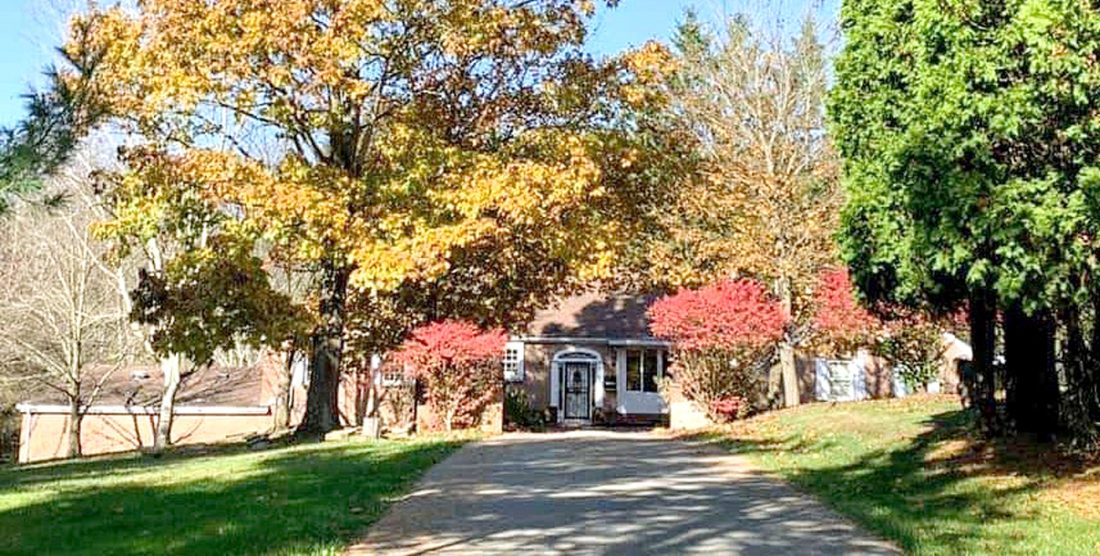 The five-acre Freedom Home complex in Chester, W.Va. that serves as an in-patient facility for female clients with life-controlling problems and operated by Family Care Ministries. (Submitted photo)

CHESTER –Amidst a paradise of rediscovery and redemption, a sisterhood hopes to regain control of their lives through the Family Care Ministries’ Freedom Home and faith.

The home, which is operated by Family Care Ministries, gives females with life-controlling problems a calm and guided start in the calm and country environment on a five-acre compound in Chester, allowing them to regroup.

According to Josh Lytle, president of the East Liverpool-based non-profit who operates the home, it isn’t unusual to find tranquil moments there, where survivors of addiction and domestic violence can find young deer grazing on the property or sit amidst the landscape near the pond that borders the home.

Their stories may somewhat differ, but Lytle shares that the property recently had its grand opening after being donated two years ago by Mary Taylor of National Church Solutions and completely remodeled to suit the new purpose of housing up to 12 women in a dorm-style in-patient counseling facility for its six-month faith-based residential treatment program.

He explains that their full attention is directed to getting well. “It is exciting to watch them grow through faith,” Lytle added.

In addition to Alyssha, the house is occupied by staff members 24 hours, seven days a week with the proper credentials.

Not only does Freedom Home’s efforts draw interest from area residents but throughout the nation.

The lessons are clear and concise, as demonstrated recently by a letter to Family Care Ministries, that one resident recently penned. The woman wrote, “Since I’ve been here (I learned) that there really is something to live for, worth living for, worth fighting for.”

It is the key point that non-profit hopes the effort conveys: Hope.

While this facility is geared towards women only, he hopes to add a similar men’s center in the very near future, as he looks around the Pyramus Road property with pride and noting that it was truly a facility that the community built.

“We don’t charge them for anything, and we don’t take insurance,” he notes. “It is important to get people at the point of crisis, because you don’t always get another chance.”

Surprisingly, Freedom Home was originally going to be a men’s center; however, an experience pointed Lytle in the need for females to be serviced in a priority fashion. At 2:30 one morning, Lytle said that he responded to a call from local officials that needed help for a domestic violence victim. Calling her “not your typical addict,” he tried to get her in detox but failed to do immediately and the woman disappeared.

He hopes that she did not fall in with the wrong crowd as it has been months.

For that reason, it has become even more apparent that basing recovery decisions on the ability to pay for it, often can deter an addict or domestic violence from seeking help and risk them from taking that wrong road.

“We take pride in the people who elect to take this road,” Lytle said, adding that it is often difficult for them to even trust people due to their experiences. Often one of the biggest hurdles for them is surviving their previous label as an addict or victim. “The faith-based approach is just different. I believe that the success is that faith in Christ, as everyone wants to be loved and not rejected.”

He explains that statistically, government-funded recovery programs have less than a 2 percent rate compared to the faith-based ones offered through the Family Care Ministries, which are 87 percent successful.

Lytle has seen first hand, including with his own experience, that often addiction “is there when no one else.” “It is so inward focused,” he adds.

He also knows how families struggle with the addiction and not knowing. “These (women’s) families can rest knowing that they are all safe.”

The Family Care Ministries is a 501(c)3, meaning all donations – either monetary or in-kind – are tax-deductable. Those wishing to help out with the effort of the Freedom Home are asked to visit www.seeinglivestransformed.com, where they can give a one-time or monthly gift to the non-profit.

The biggest need of the home is food, mentioning local police officer Chris Green’s introduction of the Food for Freedom effort, where the hunter had a deer processed and given to the non-profit for the home. Lytle said it is catching on at local churches, and residents see the effort of the proof that Green, who is a K-9 handler for the East Liverpool Police Department, does believe in them too.

“It is really cool to see these women come to life,” Lytle noted.

“If someone needs help, they should reach out to us online. There is hope and help,” he concluded.