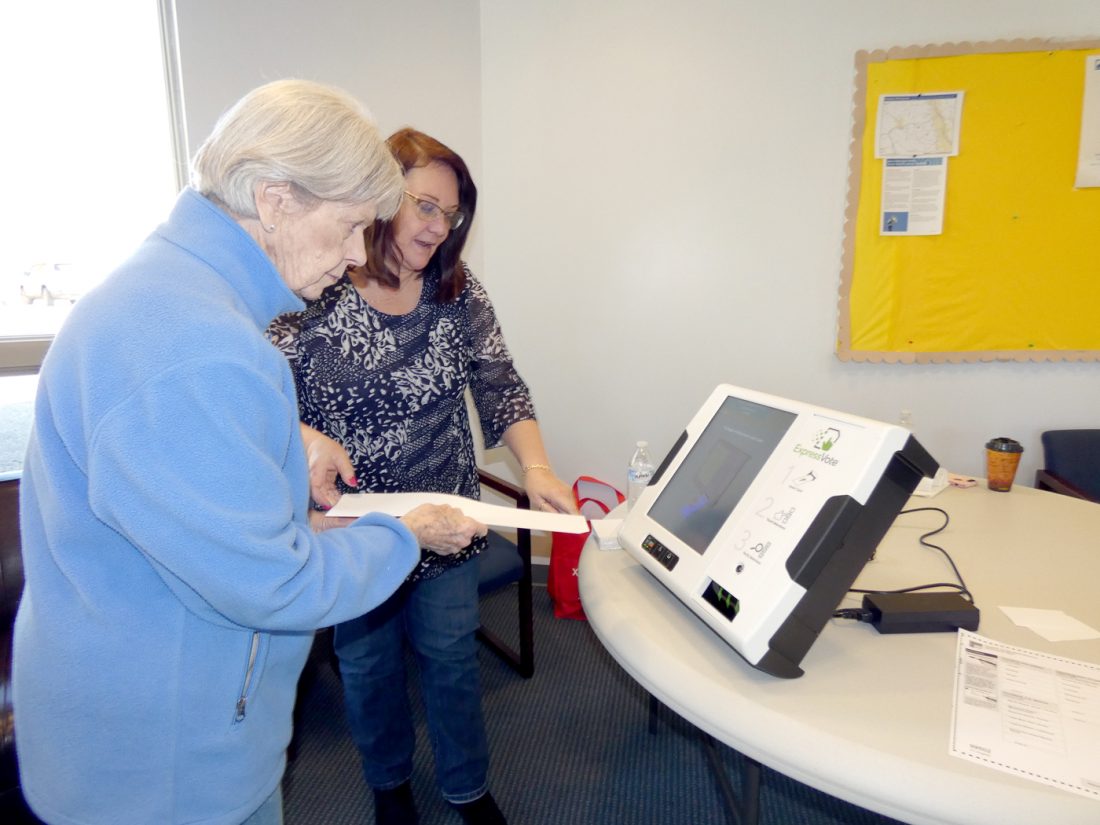 NEW CUMBERLAND W.Va. — The 2020 elections are on their way and Hancock County is prepared with new voting machines.

The county bought new voting machines earlier this year, with the help of a $235,072 Help America Vote Act Grant Award, HAVA. The HAVA grant was a 50/50. The funds came from money provided to West Virginia from Congress and the county commission. The grant had to go to improving voting in Hancock County, and was used to purchase new voting machines and a cyber security upgrade.

“I’m excited the staff came to the commission last year to ask for the new machines. I think upgrading the technology is good for the staff and citizens,” said Commissioner Jeff Davis.

The Hancock County Voter Registration Office is responsible for the machines. The office falls under the County Clerk’s Office. The Voter Registration Office registers voters, maintains voter lists and as explained by Election Clerk Jeannie Ostrander, maintains democracy through managing elections. County Clerk George Foley and two County Commissioners oversee elections and work on the canvassing board which ensures the count is accurate and transparent on election night.

The Voter Registration Office is open 8:30 a.m. to 4:30 p.m. Monday through Friday, with the exception of holidays. They are located on the first floor of the Hancock County Court House. They can show off the new voting machines, update your voter information or register you to vote.

The last time Hancock County bought new machines was in 2006, after 12 years of use the machines were starting to show their age. They sent in their HAVA grant application on Aug. 23, 2018. They knew they were granted it on Sept. 14, 2018.

Head Elections Clerk Barb Ross, explained the opportunity was presented to get the new machines and the commission agreed to go for it.

“We were grateful, but surprised, we did not expect to get new machines,” said Ross.

The machines arrived in March. Ross and Ostrander started training on the new machines in June. Come October, they started bringing the system around the county giving residents the chance to learn the new system. They’ve held open houses at the Hancock County and Weirton senior centers to show off the new machines. During those open houses they had approximately 60 people attend.

Ross said they wanted to bring the new equipment out into the community and the commission encouraged them to do so. The Voter Registration Office spoke to Jefferson County Board of Elections to ask how successful the open houses they held for their new machines were.

New Manchester resident, Jane Hilton was at the Hancock County Senior Center open house on Oct. 19. Hilton said, “The (the new machines) are a big improvement and are easy to use.”

Ross wants to show as many residents how to use the machines as possible, they have them set up in the office and are more than willing to bring them out upon request.

When election day comes, voters will check in with the poll workers at their precinct. They will receive a numbered ballot, and that number will be marked on their voter registration. Voters will then approach the touch screen Express Vote machine. The blank ballot will be loaded like a dollar bill at a vending machine, prompts will appear on the screen to begin the voting process. After each issue, voters will be asked to review their answers and if the wrong response was marked it can be corrected before moving to the next issue. Once the ballot is complete there will be a final review screen. Once “print my ballot” is hit, the machine will print the ballot. The ballot will then be taken to the tabulator. The ballot stub will be removed and the ballot is fed into the tabulator to be counted. Lastly, the ballot stub will be stapled to their poll stub, providing proof that they voted.

“We’re getting ready to go to a conference to work us through election night with the new machine,” said Ostrander.

With the new system, each person has an individual ballot. The tabulator counts and collects the ballots storing them in an internal locked box. To view the ballots, the box would be removed and unlocked. At the end of the night the tabulator will print out the final results from the precinct, which will be added to the other precincts. Absentee voting, early voting and provisional ballots will also be added in for the final count.

“The new system is not more work, it’s just different work, and I think it is very user friendly,” said Ross.

Neither the tabulator or Express Vote machines are connected to the internet. The Express Vote machine will not save anyone’s selections or information. The tabulator also has a separate compartment for ballots if the power goes out, and once the power is restored it will count those ballots and drop them into the storage box. Once the ballot stub is removed the ballot loses it’s number and it won’t be able to be traced to any particular voter.

Ross and Ostrander have also been at Oak Glen and Weir high schools to show off the machines. They’ve also been getting eligible students registered to vote. Ostrander said they are trying to get the Jennings Randolph Award Gold Standard, which requires 100 percent of all eligible students at the school being registered to vote. If the high schools received the gold standard the Secretary of State’s office will present the school with a plaque during an assembly. Ostrander believes Weir High will be receiving the gold standard, and she suspects Oak Glen will too, once they receive the students voter registration forms.

“There are quite a few students that are paying attention, and I’m encouraged by their participation, and their questions, and their involvement in political matters,” said Ostrander. “It excites me seeing them excited about wanting to be involved.” 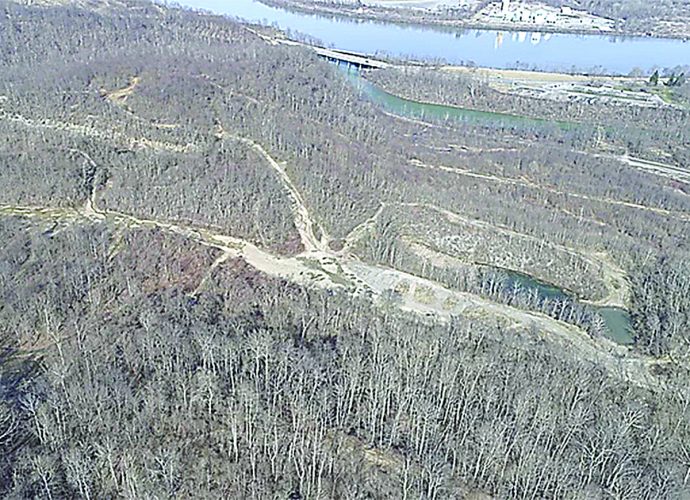 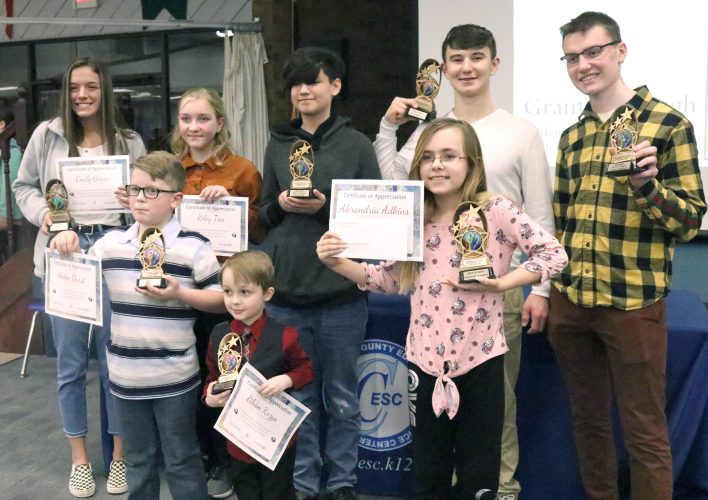