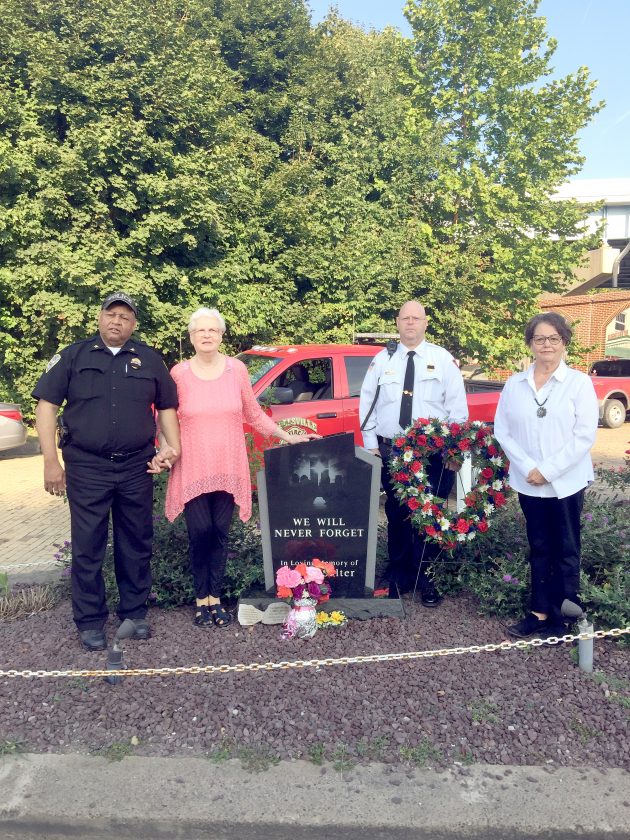 Wellsville village officials gathered at the Boy and the Boot to honor Cathy Salter and all victims of 9/11. Salter was co-valedictorian of the Wellsville class of 1982, and she was working in the South tower when it was struck by a plane. “It was a very nice and unexpected ceremony,” said Eleanor Salter. “Cathy was a nice person, and she had dreams and she worked hard for those dreams. She was living her dream, she wanted to work in the World Trade Center.” From left: Police Chief Ed Wilson, Eleanor Salter (mother) Fire Chief Barry Podwel and Mayor Nancy Murry. (Submitted photo)