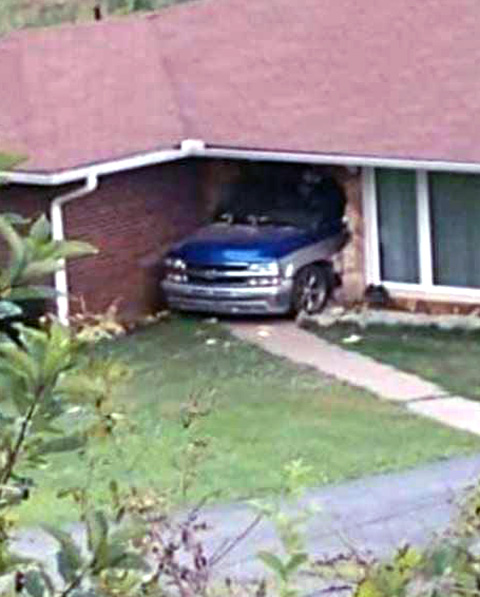 NEW MANCHESTER, W.Va. — The Hancock County Sheriff’s Department is continuing its investigation of Wednesday’s shootings that left one person dead and four injured.

The shootings involved three locations in New Manchester, an unincorporated area between Chester and New Cumberland.

The incident began with a 911 call at about 7:40 p.m., saying a woman had been shot at a residence on Judge Drive. Responding officers found Brown dead and Travis Choina, 31, of Judge Drive, wounded.

Another 911 call came 15 minutes later, saying someone had driven through their yard on Clearview Avenue and shot at their home multiple times. The resident, Catherine Podolak, 53, had a gunshot wound to her abdomen, and Ronald Perrine and James Lloyd received injuries from shrapnel caused by the shots.

McClanahan fled from the location, Fletcher said, but the caller was able to give a description of him and his truck.

At 8:09, Hancock 911 received another call from Carriage Court where a resident reported that a man in a two-tone truck was holding a pistol and doing donuts before leaving the trailer court.

Two minutes later, a Hancock deputy sheriff saw the vehicle traveling north of Veterans Boulevard and tried to stop it. The chase ended on Locust Hill Road when the pickup crashed into a house.

The shooter was determined to be armed and still a threat. A deputy shot him and proceeded to administer first aid. McClanahan was taken to East Liverpool City Hospital before being transported to Allegheny General in Pittsburgh where he is recovering from his wounds, Fletcher said.

The sheriff said two firearms were removed from the truck, a .25 semi-automatic pistol and a double barrel 12 gauge shotgun.

“Sheriff Fletcher, as soon as he got the call, he was out the door. He was wanting to know this and to know that even before he left, he was trying to process what was going on. We have a lot of people to be proud of,” Tracy Lemley, director of the 911 center, said.

During Thursday’s county commissioners meeting, Fletcher reported an officer was slightly injured and a cruiser was damaged.

“The wrecked cruiser was a direct result of stopping the bad guy,” said Fletcher.

The ongoing investigation into the shootings is for determining the relationship between the shooter and victims and to determine a possible motive. It was determined Brown was the significant other of McClanahan and the two share a child.