CALCUTTA — Mattress Emporium is now open in Calcutta. The store, locally-owned and -operated by Byers Enterprises, which is comprised of Dave and Zach Byers, features four different collections of mattresses.

Dave Byers owned five mattress stores before selling the business to move back to the area and raise his children around family who still resided in the community.

When the Byers’ decided to expand DC Music Store, which has been owned/operated in the state Route 170 plaza the past 14 years, their former location was deemed the perfect site for a mattress store.

“I always believed that the area needed a mattress store since it’s been many years since it’s had one,” said Dave.

After doing a “ton of research,” Dave Byers said he discovered White Dove, which makes its mattresses in Ohio, and opted to associated with the company versus again dealing with those “big name” corporations “that were being bought and sold and had board of directors to please.”

White Dove, Byers said, is a family-owned business that has been making mattresses for four generations, since 1922.

“They’re not worried about their stock price like a corporation,” Byers said. “Their concerns is making the very best mattress and they’ve been doing so for almost a hundred years.”

In addition to mattresses, Mattress Emporium also offers bedroom furniture made in Virginia as well as recliners, lift chairs and couches that are built in Tennessee. The store also offers adjustable beds in various sizes.

Even the bed frames the Calcutta store offers are made in Ohio, Byers said.

Business at Mattress Emporium has been “fantastic” since its opening, the owner says.

“We actually opened in November and I wasn’t thrilled with the timing as that 6-week stretch before Thanksgiving through New Years is typically the slowest of the year for a mattress store, but we’ve been doing great” Byers said. “This is probably the best month I’ve ever seen a mattress store do and I owned quite a few in larger towns.

“I think the thing that works for us is that our customers love the idea of getting a locally-made product that has more value. This is what I was looking so hard for and found and our customers appreciated it just like I did.

“Many customers know us from having the music store in the plaza for so many years and they know that we’re local people and we’re here to stay and we promote the area and I think they appreciate that. We’ve certainly appreciated their business all these years also.” 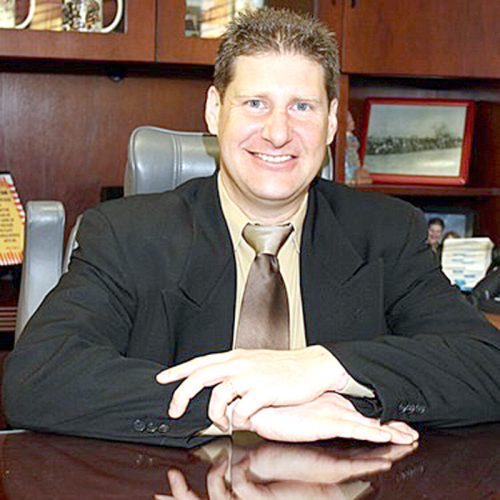