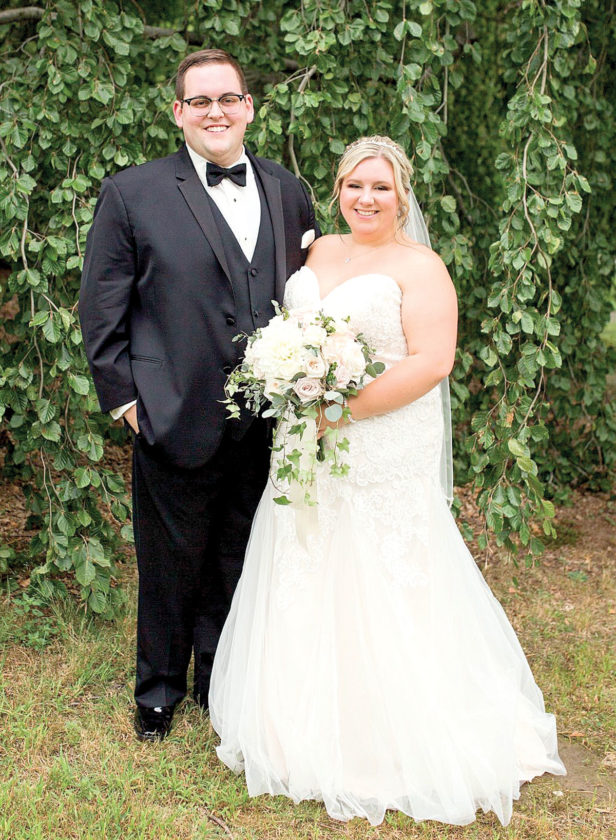 The ceremony was performed by Father Peter Haladej at Holy Trinity Catholic Parish.

The readings were performed by bridesmaid and friend of the bride and groom, Meredith Bobalik.

Together with their parents, the bride and groom hosted a cocktail hour and reception at Stambaugh Auditorium in Youngstown. On the eve of the wedding, the groom’s parents hosted a rehearsal dinner at Casa de Emmanuel in East Liverpool.

The bride is a 2013 graduate of East Liverpool High School and 2017 graduate of Kent State University with a Bachelor of Arts.

She is employed as a interior designer at Franklin Interiors in Pittsburgh, Pa.

The groom is a 2013 graduate of East Liverpool High School and a 2017 graduate of Kent State University with a Bachelor of Science in Nursing.

He is currently employed as a psychiatric nurse at Heritage Valley Hospital in Beaver, Pa.

Following a honeymoon in Hilton Head Island, the couple will reside in East Liverpool.