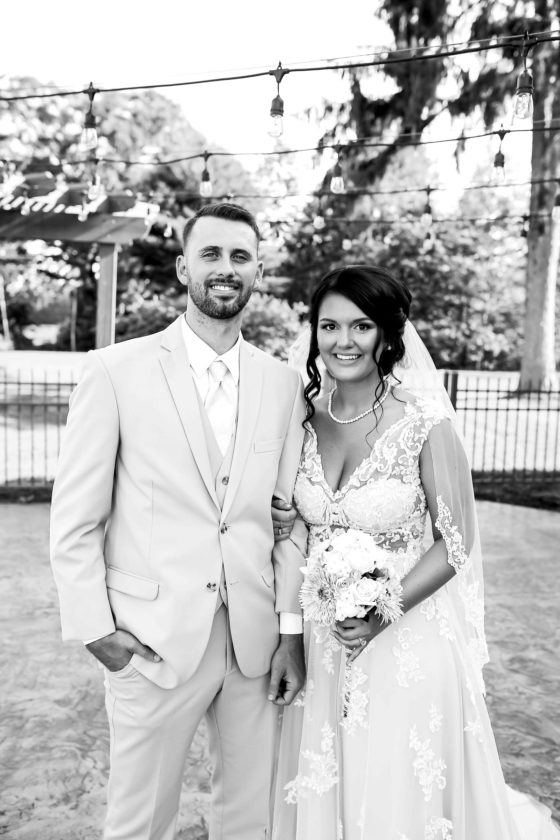 COLUMBIANA — Miss Whittni Rae Davidson and Mr. Nicolas Jon Adkins were united in marriage on Friday, June 29, 2018 in Columbiana. She was given in marriage by her parents and escorted by her father. The ceremony was officiated by Pastor Mark Blakeley. Ceremony readings were performed by Miss Lauren Aberegg, cousin of the groom , and Miss Olivia Aberegg, also cousin of the groom. The bride’s parents hosted a seated dinner and reception at The Vineyards of Pine Lake. On the eve of the wedding, the groom’s parents hosted a rehearsal dinner at The Dutch Haus in Columbiana.

The groom is a graduate of Beaver Local High School and is currently employed as a train conductor with Norfolk Southern. He is the son of Mr. Jamie Adkins and Mrs. Tina Adkins of Lisbon, the grandson of Mr. and Mrs. Lyle Adkins of Wellsville, and Mr. Earl and Gloria Boso of Lisbon.

Following a honeymoon in The Poconos, the couple will reside in Wellsville.