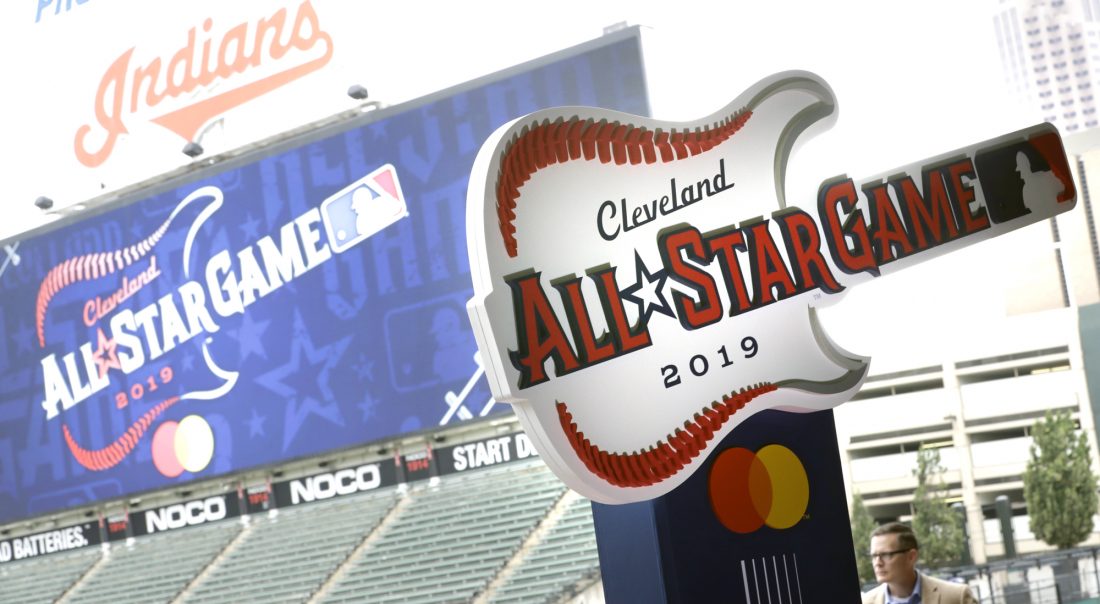 FILE - The new logo for the 2019 All-Star Game is displayed, Tuesday, Aug. 7, 2018, in Cleveland. The Indians are reviewing their contentious nickname. The team released a statement on Friday, July 3, 2020 saying it is committed to Òmaking a positive impact in our community and embrace our responsibility to advance social justice and equality.Ó The club said it plans to review a nickname it has had since 1905.(AP Photo/Tony Dejak, file)

President Donald Trump on Monday criticized a pair of pro sports teams that are considering name changes in the wake of a national reckoning over racial injustice and inequality. Trump tweeted, “They name teams out of STRENGTH, not weakness, but now the Washington Redskins & Cleveland Indians, two fabled sports franchises, look like they are going to be changing their names in order to be politically correct.” Trump, in his tweet, also mentioned Democratic Sen. Elizabeth Warren, saying, “Indians, like Elizabeth Warren, must be very angry right now!” Trump has repeatedly mocked Warren, who ran for the 2020 Democratic presidential nomination, for claiming Native American heritage, derisively calling her “Pocahontas.” The NFL’s Redskins announced Friday that they had begun a “thorough review” of their name, which has been deemed offensive by Native American groups for decades. The Redskins’ decision came after FedEx, which paid $205 million for naming rights to the team’s stadium, and other corporate partners called for the team to change its nickname. Hours later, the Indians Major League Baseball team announced that they, too, will review their long-debated name.