Lindor focused on season, not future with Tribe 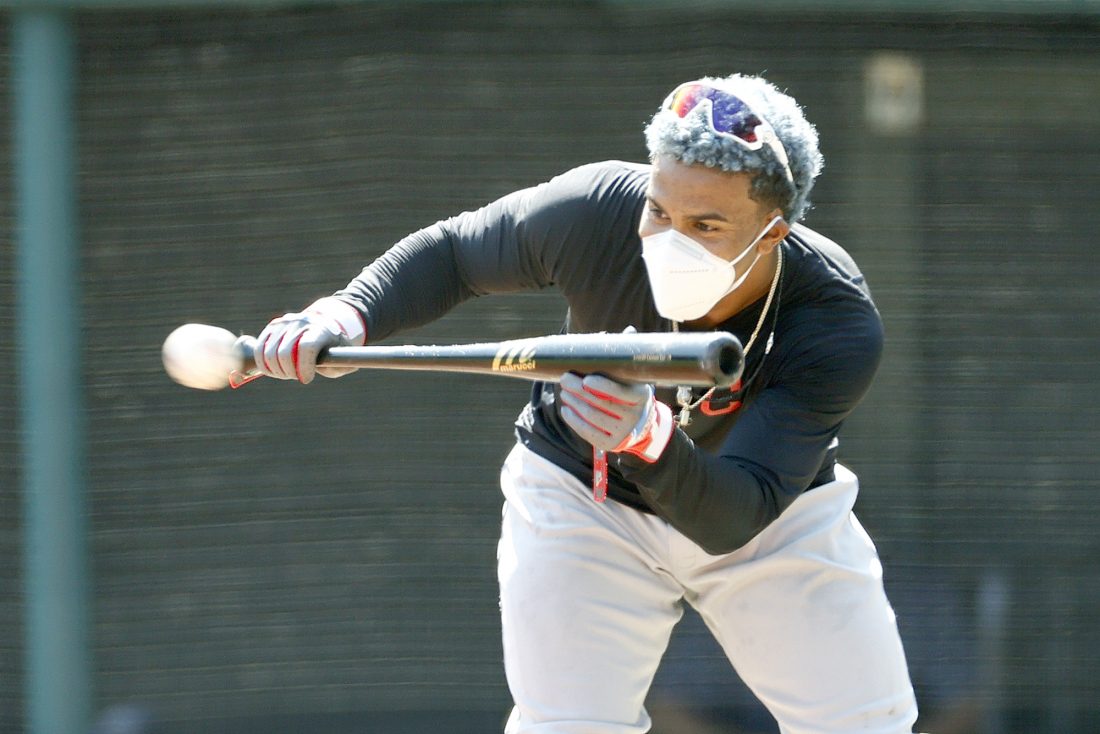 So on Monday, after taking batting practice at Progressive Field, Lindor urged manager Terry Francona to clean his hands — with pine tar.

Lindor pranked his manager by switching a spray bottle of hand sanitizer with one filled with the adhesive hitters use to better grip their bat.

“We almost wanted to release him,” Francona cracked. “I may not be able to get up off this table. I’ve used rubbing alcohol, I’ve used tape remover. It’s everywhere.”

Jokes aside, Lindor has his own sticky situation in Cleveland.

The All-Star’s future with the Indians remains a touchy topic, whether the team plays 60 games this season or not again until 2021. Lindor is under the club’s contractual control through next season, but the Indians aren’t going to be able to afford what the 26-year-old can earn as a free agent, so Cleveland has to consider trading away the franchise’s best player for prospects before he walks away,

That could happen before the new Aug. 31 trading deadline or following this season, assuming there is one.

Lindor has turned down previous offers by the Indians and he broke off negotiations with the club before training camp in Arizona was shut down in March by the pandemic. Now, he’s facing the prospect of playing his final season in Cleveland without fans cheering him on.

“I haven’t really thought of it that way,” he said. “I’m just excited and happy to be able to play the game. God willing, we have a chance of starting the season at some point and we as people need to do a better job at protecting each other, respecting each others’ space and not continue to contaminate or spread the virus so that fans can be allowed in stadiums at some point this year.”

While baseball was shut down, Lindor stayed in shape while working out at his home in Florida. There was ample time for him to reflect on his future, but Lindor said his priorities have been shifted by the virus outbreak and his determination to play in 2020.

Lindor was troubled by the spike in positive test cases, which came after states began easing restrictions and re-opening to jump start the economy.

Lindor believes the only way to slow the virus and eventually defeat it is being a good teammate.

“We don’t have to live in fear,” he said. “Don’t live in fear. But respect your neighbor. Respect your surroundings because you might be one person who is super healthy and nothing will happen to you. But somebody else is not as fortunate as you are, so understanding that taking care of yourself or taking care of someone else’s life is huge.

“I’ve been thinking more about that and all of the changes we have to make for the team to move forward than whether I’m going to be in Cleveland or not. That’s got to be way down the list.”

Lindor is optimistic that the shortened season will be played, as long as players follow the rules.

“If we take care of each other, I think we have a good chance,” he said.

The Indians began the second week of Training Camp 2.0 workouts in their downtown ballpark on another hot, humid day in Northeast Ohio. No one was complaining about the heat as the crack of the bat echoed through the empty stadium.

It’s far from being business as usual, but pitcher Adam Plutko said there were some familiar sights that made him smile.

“I watched Francisco Lindor field groundballs today and it was just mesmerizing to see it again,” he said.

NOTES: Francona received positive and negative feedback for his comment that it’s “time to move forward” for the Indians, who are considering changing their nickname. “I will admit that there are people that got my email that I didn’t realize had the ability to get to my email,” he said. “So for that segment of the population, thanks for sharing your opinions. I actually had some really, really, really thoughtful texts and emails, too.” Lindor also is in favor of a name change. “I’m open for a change in name if it’s going to bring love and happiness and more peace to the world,” he said.