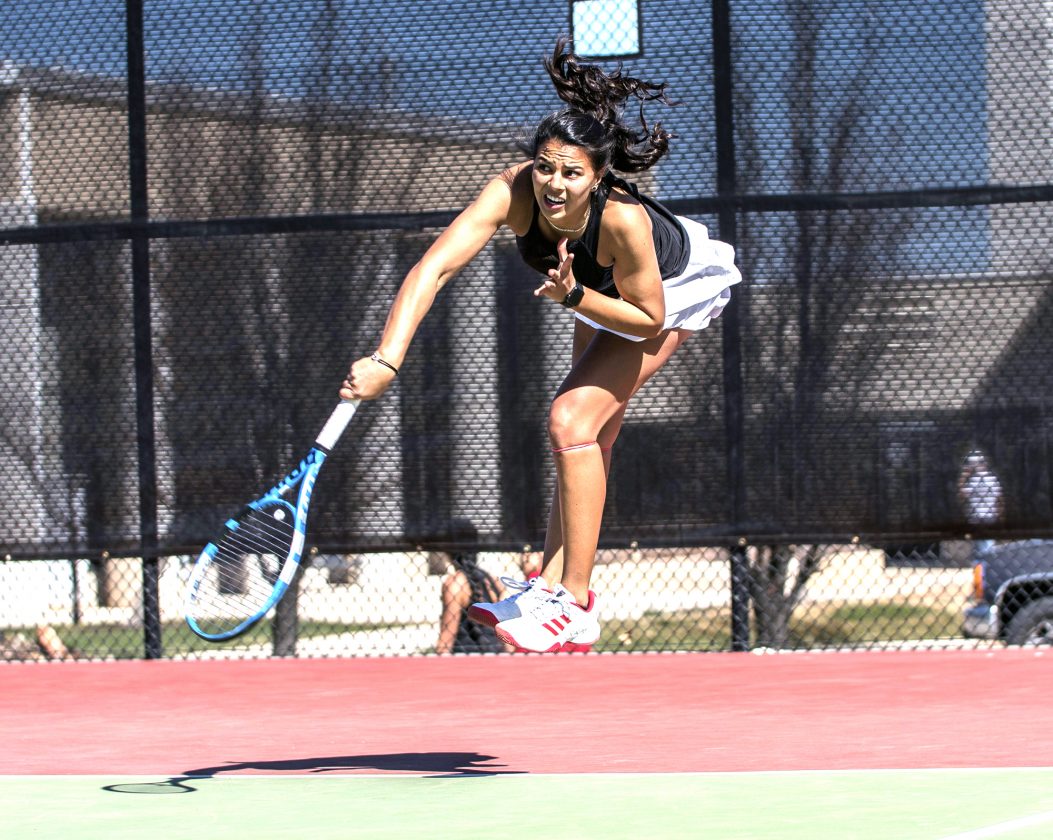 The promise of college tennis lured Abhimanyu Vannemreddy from his home in India to the United States, where he settled in at Winthrop in South Carolina.

Now he’s pondering his future thousands of miles away from his family as financial reality crashes down on his sport.

Winthrop announced last month that both its men’s and women’s tennis programs will be dropped because of budget woes resulting from the coronavirus pandemic. Tennis has been hit hardest among college programs as athletic departments nationwide ponder cutting sports to save money.

“I was definitely caught by surprise,” Vannemreddy said. “No prior warning or rumor about the program shutting down. It was just a random call one day and just found out it’s done.”

Dozens of college tennis players across the country are in similar situations. Men’s and women’s tennis are the only sports dropped by more than four Division I schools since the start of the pandemic, according to AP research.

“My assessment is some of these cuts had probably been in the works,” said Timothy Russell, the CEO of the Intercollegiate Tennis Association, the governing body for college tennis. “Usually when there’s a cut, there’s a big hue and cry. There’s so much going on with the noise in this environment, it’s easier to make these cuts with nobody paying as much attention.”

Nearly 89% of Division I schools had women’s tennis programs and 71.5% had men’s teams as of 2019, but these recent cuts have raised concern and pushed officials to seek solutions.

“If you’re doing that, more than likely your program has a very good chance of being safe,” Cass said.

A lack of quality facilities has contributed to some cuts.

Winthrop deputy athletic director Hank Harrawood said his school’s tennis facility required at least $1.3 million in repairs, though men’s coach John Collins says he’s received an estimate that all 12 of the school’s courts could be renovated for less than $600,000. Southern Utah and Northern Colorado didn’t have indoor facilities on campus, and Southern Utah’s teams often had to travel 45-50 minutes for practice.

Northern Colorado and Southern Utah belong to the Big Sky Conference, which previously required its members to field tennis teams. When the Big Sky relaxed that requirement last month, both schools dropped their programs.

The NCAA allows schools to offer up to 4¢ scholarships in men’s tennis and eight in women’s tennis. Harrawood said that meant Winthrop’s tennis programs were generating a smaller percentage of tuition revenue than the school’s other Olympic-style sports.

Once Winthrop realized it needed to save over $600,000, Harrawood said eliminating tennis made the most financial sense despite its history of success.

“From a dollars and cents standpoint, strictly a business decision on campus, it became evident tennis is pretty clearly the one where you can impact the least amount of students while also saving the most amount of money,” Harrawood said.

Winthrop’s women had made 17 NCAA Tournament appearances — including three straight from 2017-19. The men had won nine Big South Conference regular-season titles since 1997. Clayton Almeida, a four-time Big South men’s player of the year at Winthrop from 2002-05, says he’s part of a task force that has received commitments to raise over $550,000 for the school’s tennis programs if they’re reinstated.

Tennis relies more on international players than most college sports.

“If you’re a state school that gets state and public funding, and your team is 70% (international players), I think that makes your sport an obvious target,” said Gould, who retired from coaching in 2004 but remained Stanford’s tennis director for 12 more years.

“If we had more Americans from the Mountain region like Nevada, Utah, Arizona over the course of the last five to 10 years, then the support may have been better so maybe we’d have more donors, fundraising opportunities for facilities and maybe this wouldn’t have happened,” Southern Utah women’s coach Michael Mucci said. “But there are so many programs that got cut even with a ton of Americans, so I believe it really depends on the situation.”

Winthrop didn’t have a single American player on its men’s or women’s rosters this year. The international players who remained in the U.S., like Vannemreddy, face a series of decisions.

He could give up college tennis and stay at Winthrop, which is honoring the financial aid packages it offered its tennis players. Or he could try to play elsewhere, knowing fewer roster spots are available with a surplus of players seeking new homes.

He can’t help but wonder about the risk of choosing a school that could cut its own program a year from now.

“That’s definitely something on my mind,” Vannemreddy said. “There’s so much uncertainty at these times. It’s basically a gamble, if I’m being honest.”