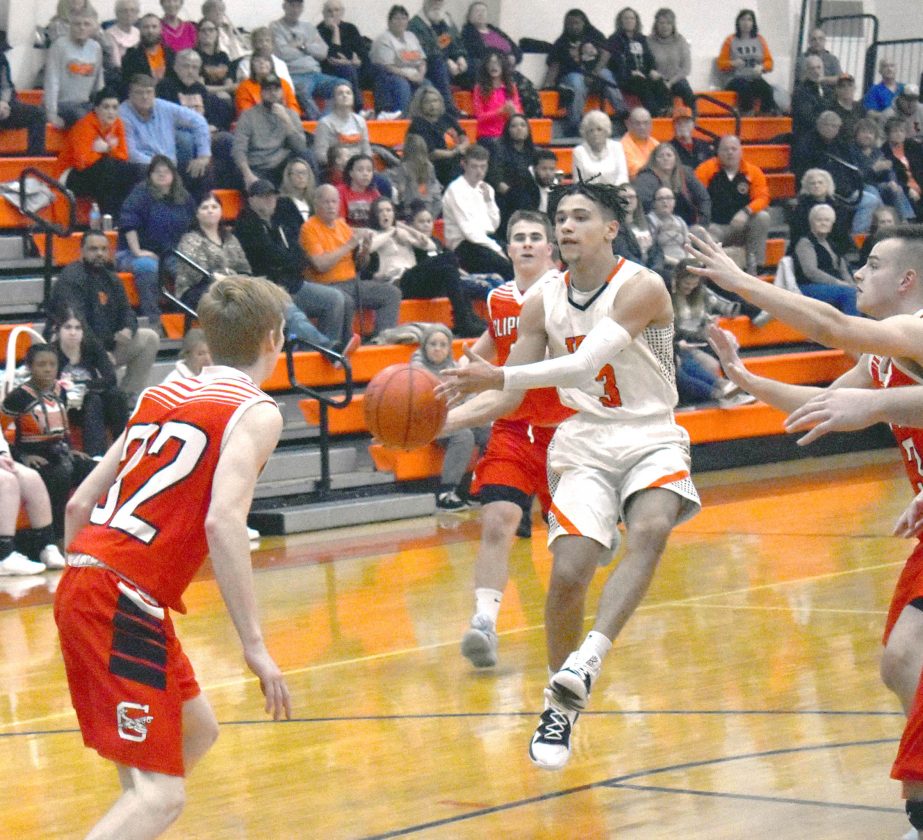 WELLSVILLE–During the first month of the season, as he sat on the bench with a broken arm, Wellsville senior point guard Darien Suggs burned to be on the court with his teammates.

“Having to sit and watch definitely hurt me a lot,” Suggs said. “I really missed being out there competing with everyone.”

Now that he’s back, Suggs is quickly making up for lost time.

With first-place Columbiana in town Friday, Suggs racked up 27 points, four rebounds, five assists and three steals in his third game back as the Tigers pulled a 69-65 upset at Wellsville High School.

Wellsville improves to 5-6 overall and 4-4 in the Eastern Ohio Athletic Conference. The Clippers, one week removed from beating Southern in a first-place showdown, now fall back into a tie for first with the Indians at 11-3, 6-1.

“It’s great being able to run with these guys again,” Suggs said. “Being able to come back and help my team beat the league leaders is a great feeling.”

Suggs, who suffered a broken arm during week seven of football season, is averaging 20.3 points per game since returning to the lineup last Saturday and has brought a steadying influence to a team that struggled out of the gate.

“Darien brings a lot of team leadership,” Wellsville coach David “Bug” Thompson said. “We’re playing with a couple of freshmen in the lineup (Jaxon Brewer and Isaiah Greathouse) and having him out there with them really helps. Besides that, he’s a great scorer, ball-handler and rebounder. He can do it all.”

Wellsville needed every bit of Suggs’ production as they were playing without one of their most valuable players in Justin Wright, who was out with a pulled hamstring. With Wright on the bench, the Tigers played the entire game with only five players.

“Playing without Justin turned everyone’s focus up a little bit,” Suggs said. “We really miss him, but we were definitely ready to go.”

Guard Luke Green was also instrumental in the victory. He helped the Tigers build a double-digit lead with a pair of second quarter threes and finished with 19 points and four rebounds.

“Suggs and Green are two tough guards and we didn’t have an answer for them defensively,” Columbiana coach Todd Johnson said. “They got into the lane, got some big buckets and got some other guys involved. It just wasn’t our night defensively.”

Wellsville got a considerable boost from its two freshmen, Isaiah Greathouse and Jaxon Brewer. Greathouse had a solid 11 points, while Brewer had nine points and a team-high six rebounds.

The Tigers owned a big advantage at the free-throw line, finishing 24-of-34, compared to 4-of-8 for Columbiana.

“We really wanted to get to the line and get them in foul trouble,” Suggs said. “We also had a couple other guys get going tonight and we were able to feed off of their momentum.”

After a rough start that saw the Clippers fall behind 28-12 late in the second quarter, Johnson’s team clawed all the way back to 28-24 early in the second half.

With 3:37 left in the third, Columbiana was still within striking distance at 36-28 when Suggs decided to take over.

After a converting a four-point play, Suggs nailed a pair of floaters to close the quarter. On the first possession of the fourth, he forced a turnover and pulled up for a mid-range jumper, capping a 12-2 run and giving the Tigers a 48-30 lead.

The game appeared all but over with two minutes left and Wellsville in control 62-47, but the Clippers made a last ditch run. Fueled by some Wellsville turnovers and a pair of threes by backup Zach Clark, Columbiana shrunk the lead down to 65-63 with 33 seconds left.

From there, however, both Suggs and Green came up clutch at the free throw line to close the door.

Sean Whitehead led Columbiana with 14 points, while Ryan Fahs had 13 points. Clark had 12 points with most of them coming during the Clippers’ furious rally down the stretch. Matt Mazei had 10 points and seven rebounds.

“For the first three quarters, their 3-2 zone disrupted us a little bit,” Johnson said. “We usually shoot the ball well, but tonight we couldn’t get it going until late in the fourth quarter. Give all the credit in the world to Coach Thompson. He had a great game-plan and his kids played their butts off.”

¯Thompson said he is not sure when Wright, a defending state track and field champion, will be back. Justin Talbert started in Wright’s place and was praised by Thompson for his effort and intensity. He finished with four rebounds and three steals.

“He’s not a scorer, but he’s a hustle guy,” Thompson said of Talbert. “He gave us a lot of defense and rebounding tonight.”

¯Columbiana won the two-quarter jv game 25-22. Carter Murphy had eight points for the Clippers. Dion Thompson and Isaiah Greathouse each had five points for the Tigers. 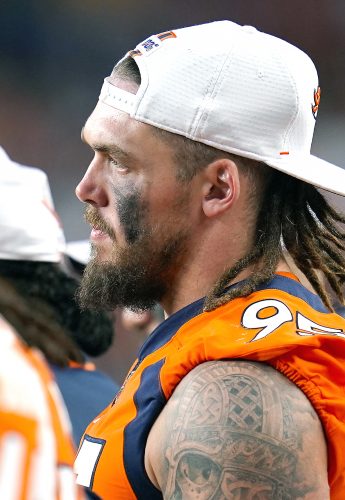