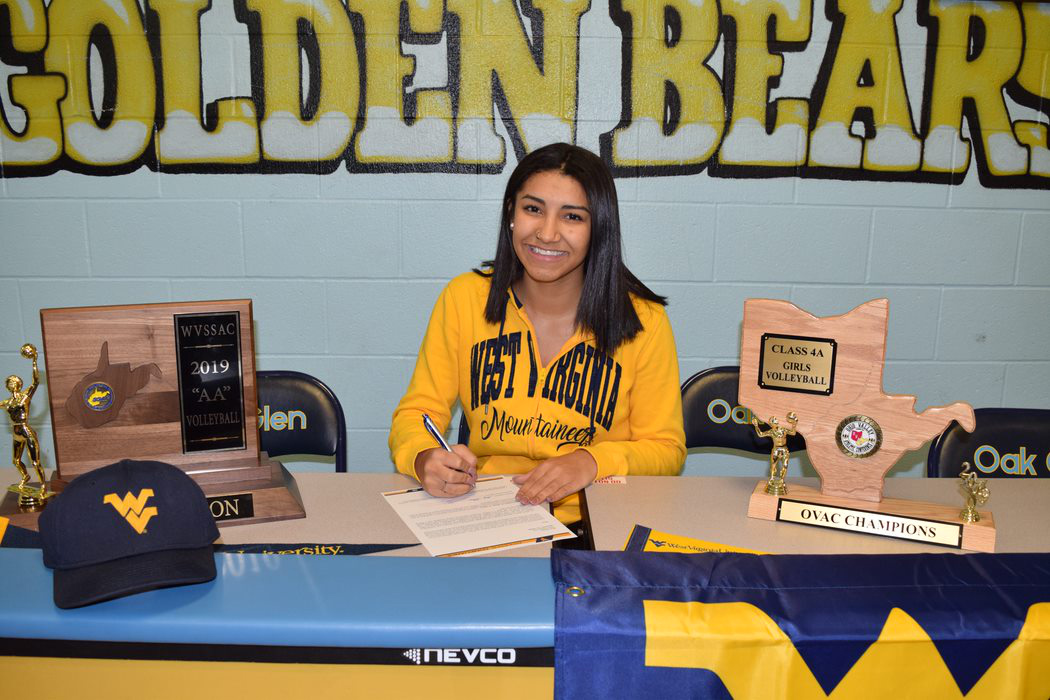 CLARKSBURG — When Morgan Poling took the head volleyball coaching position at Oak Glen heading into the 2019 season, she knew the Golden Bears had a bevy or talent returning.

The Bears didn’t disappoint either, capping an unbeaten, 38-0 season with a Class AA state title two weeks ago.

Oak Glen received plenty of honors for that finish, too, as both Stokes and returning all-stater Hannah Rogers were named to the Class AA All-State Volleyball team as chosen by the West Virginia Sports Writers Association.

Stokes, who dominates in all facets of play, was named captain of the first unit.

“Skye is a one of a kind player and person,” Poling said. “She was one of our senior leaders and she led us both offensively and defensively. She’s very fun to coach.

“Not only is she a talented athlete, but she’s a great person too. I am proud of her and she’ll be a great asset to WVU volleyball next season.”

Rogers, a senior lefty outside hitter, was right behind Stokes with 314 kills. She also had 139 aces and 191 digs.

“Hannah, a six-rotation outside hitter, was a key contributor to our success this season,” Poling said. “She was also one of our senior captains who led by example all season long.

“Hannah is a great person who is always leading by example.”

Hayhurst had 769 assists to pace the Tigers. She also came up with 189 kills and 24 blocks when on the front line, while also leading the team with 395 digs. Williams led the team with 437 kills and had 31 blocks, while serving up 112 aces.

The other semifinalist, Bridgeport, had junior Shea Hefner chosen to the first team, with the team rounded out by Frankfort’s Macie Miller, Point Pleasant’s Tristan Wilson and Winfield’s Esten Clay.

Hefner, at just 5-5, was Bridgeport’s go-to hitter. Despite missing 15 matches due to injuries to both ankles, Hefner put down 424 kills, while also coming up with 300 digs and 85 aces. Her coach, Ali Burton, called her the best defensive player in the state.

Clay, who recently signed with UNC-Charlotte, had 435 digs, 79 aces and 240 points scored.

Oak Glen and Shady Spring had a player each on the second unit.

Bears’ senior middle hitter McKayla Goodlin made the squad, as did the Tigers’ Kelsie Dangerfield, a sophomore setter and right side hitter.

Winfield, who fell to Philip Barbour in a five-set thriller in the quarterfinals, had Emily Reed chosen to the second team. Reed came up with 334 kills and 48 blocks at the net, while also serving up 63 aces.

Independence, which also made the state quarterfinals, had junior Destiny Blankenship chosen to the squad. She led Independence with 458 kills and 46 aces.

LeRose, a senior outside hitter who led the Grizzlies to a sectional title, had 443 kills and 94 blocks, with 74 digs and 65 aces.

WHEELING, W.Va. — The OVAC saved the best for last. In a match featuring two top-10 All-Americans and previous ...

He made it! Yes, “Torpedo” has been elected into the Pro Football Hall of Fame. Former Pittsburgh Steelers ...

WELLSBURG, W.Va. — The seniors of the Linsly boys’ swim team have had their eyes set on their final OVAC meet ... 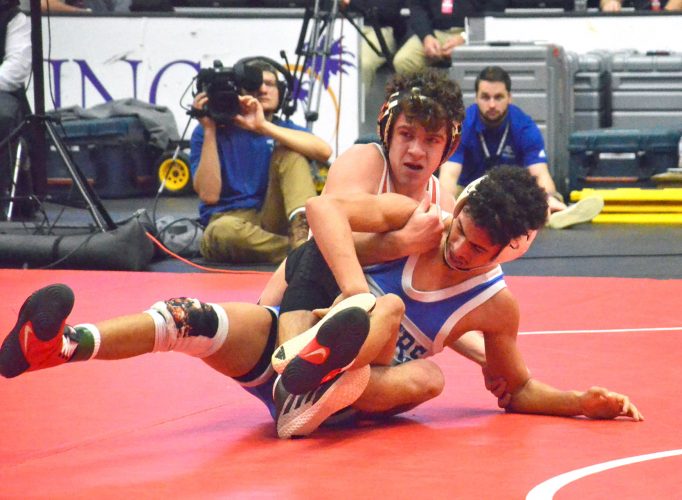 Ours, Emmerling, Hall shine at OVAC