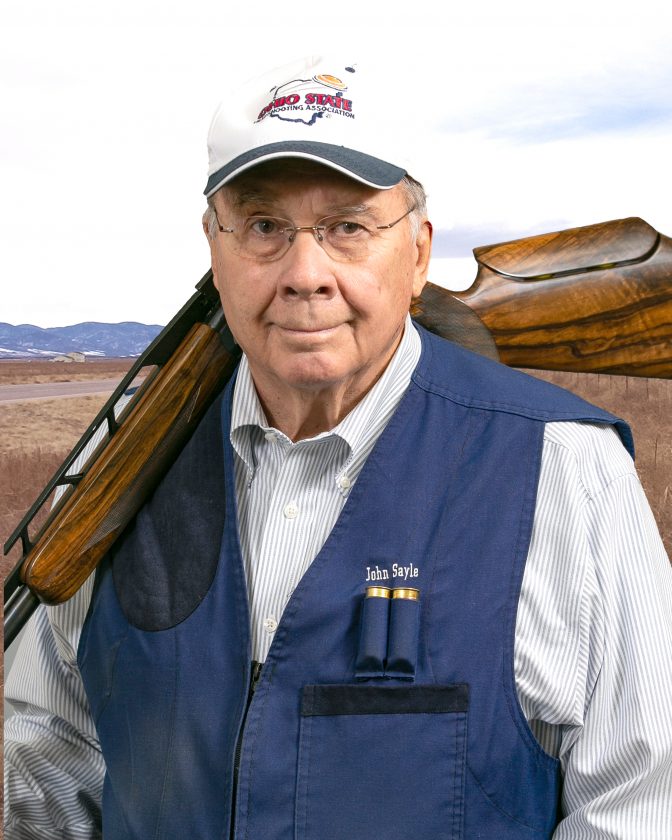 EAST LIVERPOOL — John Sayle of East Liverpool grew up in Greenville, Ohio in very close proximity to Vandalia and the home of the nationally recognized Great American World Trapshooting Tournament. It’s no wonder Sayle, 80, was pulled into the sport and developed a lifelong passion which recently led to his induction into the Ohio State Trapshoot Foundation Hall of Fame.

Sayle shot his first registered target — registered meaning officially tracked by the Amateur Trapshooting Association — as a teen in 1956. The life member of Knox Township Sportsman’s Club competed in his first Grand American in 1961 and has shot more than 150,000 registered targets including breaking 100 straight 14 times.

In a shooting career spanning more than 60 years, Sayle has picked up many accolades along the way. His titles include the 1980 Ohio State Doubles Championship and 2006 Dixie Grand American Singles Championship where he broke 200 straight targets and another 175 straight in a shoot-off. In 2013, he made the All-American team by winning seven major tournaments. He has been named to the All-Ohio team nine times and was captain twice.

While his trap shooting exploits have garnered a lot of attention, he has actually earned more awards in pistol shooting. Sayle was one of the architects of the United States Practical Shooting Association and was on the first board of directors. He is also one of the founders of the International Defensive Pistol Association along with Bill Wilson of Wilson Combat custom firearms fame. His pistol shooting accolades include winning the senior world championship at the International Practical Shooting Confederation Championships in Adelaide, Australia in 1990 and being on four U.S. world teams.

Away from the world of firearms, Sayle graduated from Case Western Reserve Law School and has his MBA from Columbia University. The renaissance man has made 1,110 parachute jumps and has flown to Paris, the North Pole, South America and Siberia in his Mooney single engine airplane. At age 60, he even climbed 18,000 feet to the south base camp of Mount Everest.

Through it all he has been supported by his wife Sally. John has called East Liverpool his home for more than 30 years and retired as chairman and CEO of Hall China in 2010.

NHRA not in Ohio this year

NORWALK — The National Hot Rod Association will resume its 2020 season without Summit Motorsports Park on the ...

PITTSBURGH — Chris Archer won’t pitch for the Pittsburgh Pirates in 2020, and his time with the club may be ...