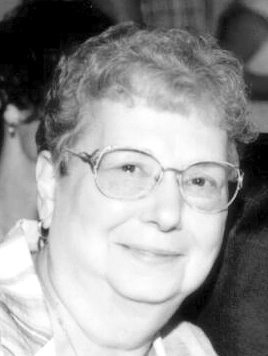 She was born March 3, 1937, in East Liverpool, the daughter of the late Gabriel and Govina (Natale) Giordano. In addition to her parents, Carmela was preceded in death on Jan. 9, 2017, by her husband, William M. “Bill” Boyce, whom she married Nov. 30, 1957. She was also preceded in death by four sisters: Mary Johnston, Antoinette Walker, Rose Vallone, and Lee Rinaldo; and four brothers: James, Samuel, Fred, and John Giordano.

Carmela graduated from Wellsville High School in 1954. She was employed for twenty-six years as a bank teller for the former Potters Bank and Trust in Wellsville. She was an active member of the Wellsville Alumni Activities Committee where she served as treasurer and volunteered her time helping with the monthly spaghetti dinners and other events. She was also a member and past president of the American Legion Post 70. Carmela was a member of the former Immaculate Conception Church.

Survivors include one daughter, Janice Rhodes of Columbus; one son, Robert Boyce of Wellsville; and one sister, Geraldine “Babe” Bryer of East Liverpool. Also surviving are three grandchildren and two great-grandchildren.

Due to the COVID-19 pandemic, a private funeral service will be held at the Roberts Funeral Home in Wellsville with Carmela’s nephew, Deacon Anthony Giordano, officiating.

Burial will be in St. Elizabeth Cemetery.

In lieu of flowers, the family requests that memorial donations be made in Carmela’s name to: Wellsville Alumni Activities Committee, PO Box 194, Wellsville, OH 43968.