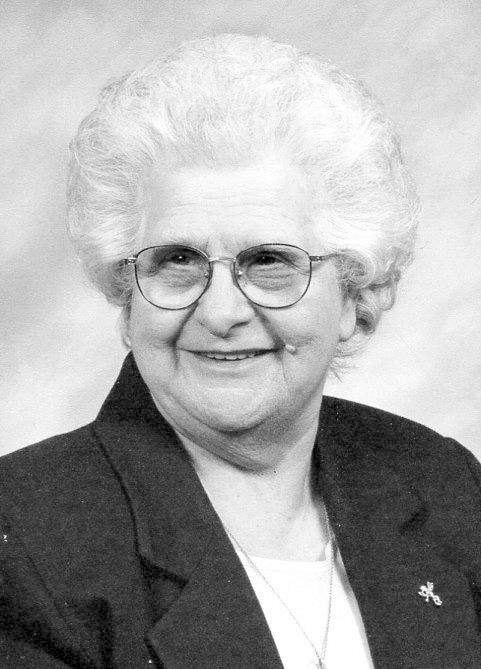 The daughter of the late William J. and Rebecca (Nesbit) Williams, Mrs. Lonkert was born in Ernest, Pa. on March 21, 1923 and lived most of her life in the East Liverpool area. She was a graduate of East Liverpool High School and a member of the First United Methodist Church in Chester. Mrs. Lonkert and her late husband Oliver Sr. had been the owners of the former Dew Drop Inn back in the 60’s and had retired after 30 years from the former Hills Department Store. She was an avid lover of bird watching, cooking, and bingo.

Survivors include two sons; Oliver W. Lonkert Jr, and his wife, Katie of Wellsville and William Lonkert of Glenmoor. Three daughters: Geraldine Jackman of Glenmoor, Marian Schukert of Edmond, Oklahoma, and Carol Esterline and her husband, Larry, of Glenmoor. One brother, Dave Williams of Wellsville and one sister, Jenny Hester of LaCroft, 15 grandchildren, 22 great-grandchildren and seven great-great grand children.

She held a special place in her heart for her late husband, Oliver W. Lonkert Sr. Her life revolved around her five children and all 43 of her grandchildren. Last but not least her beloved dog Precious aka PJ.

She will be dearly missed by her family, her friends, and her second family at Valley Oaks Care Center.

Services will be held at the Martin MacLean Altmeyer Funeral Home in Calcutta on Thursday, Jan. 16, 2020 at 3 p.m. with Pastor Jason Pancake officiating, burial will follow in the Calcutta Cemetery.

Family will be present to receive friends on Thursday, from 12 noon until time of services at 3 p.m.

Memorial contributions may be made to St. Jude Children’s Research Hospital.

Friends may view this obituary, send condolences, or sign the guest book online at www.martinmacleanaltmeyer.com.