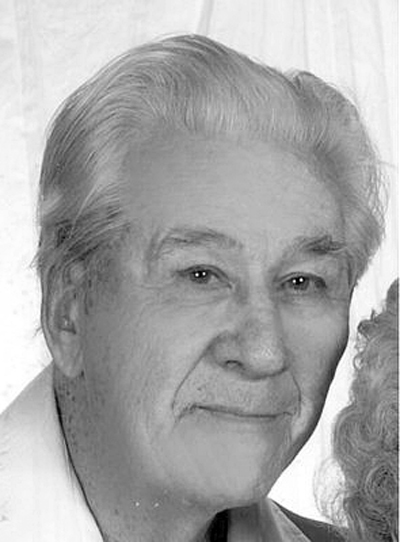 He was born Aug. 18, 1926, in Port Homer, Ohio, the son of the late Myrtle (Arnold) and Herbert Hood, Sr. In addition to his parents, Herbert was preceded in death by one sister, Jean Hanselman; and two brothers: Tom and Harold McKelvey.

Herbert graduated from Wellsville High School in 1944. He served in the United States Navy during World War II. He was employed for thirty years as a meter reader for Columbia Gas Company before retiring in 1983. Herbert was an avid bowler and bowled on several area leagues, winning several tournaments. He was a member of Longs Run Presbyterian Church.

Survivors include his wife of 37 years, Ruth (Morris) Hood, whom he married Jan. 7, 1983; one daughter, Cathy Hood of Canal Winchester, Ohio; one son, Paul Hood and his wife, Jennifer, of Salem; two step-daughters: Cathy Wollam and her husband, Glenn, of Wellsville, and Sue Stacy and her fiance, Jack, of Negley; one step-son, David Morris of Beauford, S.C.; and one sister, Elizabeth Walko of Wellsville. Also surviving are 18 grandchildren and 10 great-grandchildren.

Burial will be in Longs Run Cemetery.

Friends may call from 2-4 and 5-7 p.m. on Tuesday at the Roberts Funeral Home, 631 Main Street in Wellsville.

The family wishes to thank all of the nurses and aides at Calcutta Health Care Center for their caring service.

In lieu of flowers, the family requests that memorial donations be made in Herbert’s name to: The American Cancer Society, P.O. Box 22478, Oklahoma City, OK 73123.