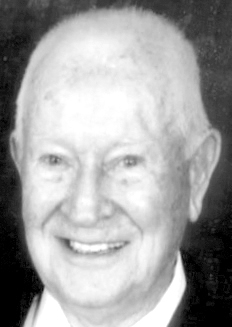 He was born June 15, 1932, in East Liverpool, the son of the late Joseph L. and Mildred H. (Wagner) Jackson. In addition to his parents, Don was preceded in death on Feb. 13, 2015, by his wife, Marian M. (Lysle) Jackson, whom he married July 6, 1951. He was also preceded in death by his great-grandson, Michael Coil; son-in-law, Paul Ewing; and sister, Margaret “Peggy” Kelley.

Don attended Wellsville High School. He served in the United States Navy as a Chief Warrant Officer from 1949 until his retirement in 1971, during the Korean & Vietnam Wars. He was then employed as a steelworker at Timet until his retirement in 1990. Don was a lifetime member and past commander of the Wellsville VFW Post 5647. He was an avid golfer and enjoyed all of the time he spent on the golf course. He was protestant by faith.

Survivors include one daughter, Debra Ewing of Wellsville; one son, Donald Jackson and his wife, Judy, of St. Mary’s, Ga.; two sisters: Carol Hosler of Calcutta and Sue (Wayne) Boley of Lisbon; and one brother, Raymond Jackson of Wellsville. Also surviving are five grandchildren and eight great-grandchildren.

The funeral service will be held at 11 a.m. on Saturday, Jan. 18, 2020, at the Roberts Funeral Home with Pastor George White of Christian Life Tabernacle officiating. The Tri-State Burial Group will accord full military honors at 10:50 a.m.

Friends may call from 2-6 p.m. on Friday at the Roberts Funeral Home, 631 Main Street in Wellsville.