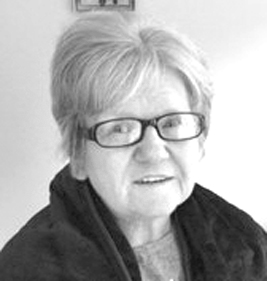 Gloria was born in East Liverpool on June 13, 1934 a daughter of the late Norman M. and Ruth G. (Robinson) Kreefer. She worked as a nurse’s aide at Fox’s Nursing Home. Gloria volunteered as a receptionist at East Liverpool City Hospital. She loved to travel with her friends.

Gloria was member of the East Liverpool Seventh-Day Adventist Church where she served faithfully as a deaconess and a community service leader. She was a former member of TOPS of Glenmoor and Friendly Circle.

Gloria was preceded in death by her husband Roy F. Bush and sister Maxine Stillings.

Friends may visit Tuesday at the Dawson Funeral Home where the family will be present from 9-11 a.m. Rev. Cindy Coons will conduct a funeral service Tuesday at 11 a.m. at the funeral home. Burial will follow at Columbiana County Memorial Park.