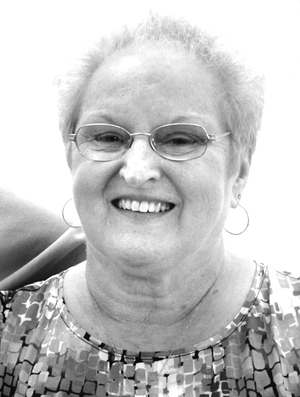 Born Sept. 13, 1937, she was a daughter of the late Charles and Anna Thornby Childs. A lifetime area resident, she was a retired cashier from the former Glenmoor Value King after 25 years of service. A member of the Smithferry United Methodist Church, she also belonged to the 500 Club.

Besides her husband she was also preceded in death by one son, Earl Joseph “Joe” McDevitt on Feb. 22, 2010; as well as two sisters, Naomi “Nonie” Smith and Lois Gallagher; and two brothers, Charles “Chickie” Childs and John Childs.

Friends may visit the family on Sunday from 2-8 p.m. at the Dawson Funeral Home in East Liverpool. Reverend Chuck Adkins of the church will officiate a funeral service at 11 a.m. Monday at the funeral home.

Burial will be in Columbiana County Memorial Park.