HANCOCK COUNTY – Republicans will be deciding on a republican candidate for sheriff on the November ballot when they go to the Primary polls June 9.

Tommy Ogden of New Cumberland, Scott Gittings of Chester and Rick Stead of Weirton are seeking the Republican nomination for sheriff on the November ballot. There are no Democrat candidates for the position.

Scott Gittings, 59, Chester has been with the New Cumberland Police Department from December 1979 to August 1992, serving as Chief of Police from 1988 to 1992. He has also served with the Hancock County Sheriff’s Office from August 1992 to November 2015, working in the K-9 unit, courts, evidence custodian and school resource officer. He is currently with the Chester Police Department as a deputy chief since November 2015.

His community activities include being a member of the Chester Sons of the American Legion (former 1st Vice Commander), basketball coach for the Oak Glen Middle School Boys (three years total), and Oak Glen High School Golf coach (second year), as well as past board member and coach of OGJB Baseball, and past director and coach of the OGJB Basketball League. Gittings is also a member of Everyday Church and their Safety and Security Leader; a member of the Hancock County Deputy Sheriff Association (past president); member of Weirton FOP Lodge 84; member of the WV Police Canine Association, past Executive Board Member and past State Secretary and Currant President of the WV Deputy Sheriffs’ Association.

According to Gittings, his qualifications include over 40 years of experience in Law Enforcement including 23 years in the Hancock County Sheriff Office, 10 years of Law Enforcement administration and four years as chief of police of the New Cumberland Police Department where he ran the day-to-day operation of the department, managed the budget, scheduling of manpower and purchasing of equipment.

Gittings said he has been in almost every sector of the Sheriffs Department including patrol, investigations, K-9 unit and was lead K-9, courtroom security, school PRO; and as the evidence custodian completely overhauled the Evidence Room and the evidence tracking system. He has also served five-plus years at the Chester Police Department as deputy chief of police, assisting in the day-to-day operation of the department, including managing the scheduling. As president of the WV Deputy Sheriff Association, he manages the overall operation of the association which has over 700 members. As a coach at both the middle and high school level, he has to manage the scheduling, organize practice, equipment, uniform purchases, and organize travel to local matches and overnight matches.

Gittings said he is seeking the office of sheriff because he has a “deep desire to work with the deputies and the community to be the best we can be. I have debated this move for over four years. I now feel that I am at the right time in my life, professionally and personally, to take on this task. Being a part of the sheriff’s office has not been just a job to me, it was a part of me and remains to be. I look at the department and feel there are areas that I can bring my experience to make changes and help make it a better unit for the deputies and the citizens. There is no political motivation here, just a true passion to make the sheriff’s office the best it can be and to serve the citizens of Hancock County, which I have been dedicated to and have lived in all my life.”

Gittings said voters should elect him because he is a good leader, and as such as good communicator. “Positive communication with deputies, support services, the county commission, local police and fire services and the citizens are all equally critical,” he said. “I feel my experience of 40 years, 23 sheriff office and 10 years administration, is far above any of my opponents. I am the only candidate that has experience in the Sheriff’s Office and understand what it means and the needs of the citizens in all the different areas of the county. I understand the operation of the Tax Office, I know what exactly the requirement of the Sheriff Office to the Courts, Juvenile system and the Mental Hygiene System. There will be no learning curve for me. My experience in running the Statewide organization of over 700 members is also a great tool I can rely on to run the Sheriff Office.”

Gittings said he believes the sheriff position is more than just an enforcement officer. He said he should also be a leader in the community, protecting and upholding the Constitution of the United States and the state of West Virginia.

“There is no greater or more important Job than that,” he said. “I know that everyone will say they want to fight the drug problem. I have already started to work on my plan to do this. I will be more aggressive on enforcement of local drug dealers. Our school security is good, but I want It to be better.

“Work with legislature to improve the out of state plates concern and make it more enforceable, which right now it is not. I want to see what can be done about juvenile intervention to see what groups or programs can help stop children from going down the wrong path. I will look at improving the online tax paying and try to streamline the process for Concealed Carry Permits. Those are just a few of the things I will do if elected.”

Gittings has been married to Kelly McCullough- Gittings for 23 years. They have six children.

Tommy Ogden, 49, New Cumberland is co-owner of Builders Wholesale. He is a 1988 Oak Glen High School graduate with a four-year Bachelor of Science degree in Criminal Justice from West Liberty.

Ogden is an active member of the Northern Panhandle Community Criminal Justice Board, serving five counties; the Hancock County Republican Executive Committee; the Weirton Area Chamber of Commerce; and past president of the Northern Hancock Rotary Club.

Ogden lost to Jeff Davis by 10 votes (5,064- 5,054) in 2018 for Hancock County Commissioner. He was appointed to the Northern Panhandle Community Criminal Justice Board.

Ogden said he is qualified to be sheriff because he hold a four-year Bachelor of Science degree in Criminal Justice from West Liberty; is an active member of the Northern Panhandle Community Criminal Justice Board, serving five counties; has vast business, budget and administrative experience; and is a pro-active, good communicator who is accessible to the public.

Ogden said he believes the office of Sheriff is the most important office in Hancock County, and believes it holds the best opportunity to positively influence the county.

Ogden said he brings a comprehensive law enforcement platform to deal with the county’s problems. “Finding the manpower and funding to create our own Hancock County Drug Task Force, enhancing school security, bringing new anti-drug programs to our schools, totally revamping our Sheriff’s Reserves program, and enforcing our laws against animal cruelty, litter, and illegal out of state license plates are just some of the issues I would focus on,” he said. “I want to ensure deputies have the best equipment and training possible so they can safely carry out their duties.”

Ogden said he is also a strong conservative defender of civil liberties and the Second Amendment and will promote concealed carry permits. He said he also brings vast business and budget experience, which he said he feels is critical, now more than ever, because of the ongoing budget reductions. As county treasurer, he said he wants to collect taxes efficiently and run the tax office like a business. “If given the opportunity, I want to bring innovation, energy, and enthusiasm to all aspects of the Sheriff’s Department,” he said.

Being a conservative and member of the Hancock County Republican Executive Committee, Ogden said he is happy to have three good Republican candidates running in the primary for Hancock County Sheriff. He said he hopes the party will rally behind the winner for the general election in November.

While he does respect the service of his opponents to the community, he said he believes he is the best choice for Sheriff.

“My platform and the things I want to accomplish are extensive. And the office of Sheriff has always been a financial and administrative position,” he said. “My business background, criminal justice education, and overall life’s experiences will enable me to examine every facet of the budget line by line and make sound decisions for the stability and success of our Sheriff’s Department. As a fiscal and constitutional conservative, I will defend our civil liberties and 2nd Amendment against anyone, at any and all levels.”

The Review did not receive a response from Stead. 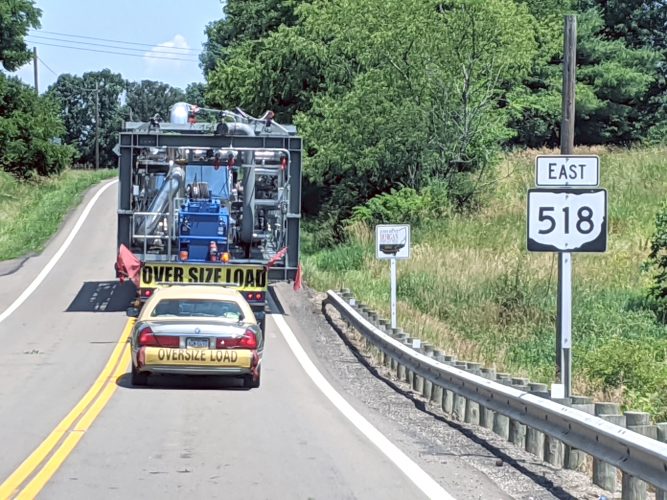 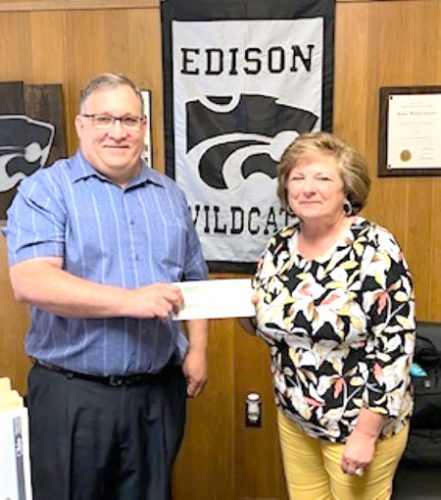