LISBON — Steve Garofalo is a lucky man and he knows it.

Steve was hospitalized with the COVID-19 virus, and while recovering from the coronavirus he developed another lung infection. All total, he spent 27 days in St. Elizabeth Hospital in Boardman, most of the time hooked to a ventilator.

“It was a little bit more touch and go than I would have liked,” Steve said.

Steve, 55, and his brother Michael own and operate Mary’s Pizza in Lisbon, a popular local landmark. In early March his body started aching and then he developed a cough. His doctor examined him and determined it was not the flu.

When his cough grew worse, Steve’s wife, Dianna, took him to the emergency room at Mercy Hospital in Canton on March 23, where a chest X-ray revealed he had pneumonia. Steve was given some antibiotics and sent home.

By the next day, March 24, Steve’s coughing had become more violent, so much so that he was having trouble catching his breath. That night Dianna took him to St. Elizabeth, where he was admitted after testing positive for COVID-19.

As Steve’s condition worsened, he was placed in a medically induced coma and hooked to a ventilator because he was no longer able to breath on his own. He drifted in and out of consciousness but does not remember much except having crazy dreams.

“If you want to know about my dreams I can tell you that, but I can’t tell you anything about what happened,” he said.

One of the few things he does remember being told by staff was of his father’s death. Two days after being admitted to St. Elizabeth’s, Lorenzo “Larry” Garofalo died at age 85, the first confirmed death from COVID-19 in Columbiana County.

The elder Garofalo was hospitalized less than a week, but Steve had cut off physical contact with his father several weeks before because he thought he was coming down with the flu.

“We tried our best to stay away from each other because of his age … so I really don’t know how I got it,” he said.

After two weeks in the hospital, Steve was making enough progress that he was removed from the ventilator. Then Steve contracted MRSA, a bacterial infection, in his lungs and had to be hooked back up to a ventilator because of his weakened condition.

“It was awful, and at one point I just felt all numb inside,” Dianna said.

Neither Dianna nor their two children, Nathan and Hannah, had any direct contact with Steve after he was admitted. They communicated through the nurses and doctors.

“They were great. Anytime we called they gave us an update, and sometimes it wasn’t good news,” she said.

When the Garofalos were not contacting the hospital for an update, the nurses would call them. Fearing the worst, Dianna began to dread those calls because she never knew what to expect.

“When you got a call you just didn’t want to see that number come up,” Dianna recalled, as she fought back tears. “It was awful.”

Steve’s struggles were hard on their children as well, all of whom ended up being placed in quarantine at home. Nathan, 24, who lost his job because of the pandemic, dropped 25 pounds.

Dianna said her son’s way to cope was to walk endless laps around in their yard.

Dianna and Nathan were asymptomatic, but the same could not be said for Hannah, 21, who was in her senior year at Marietta College when the campus closed and she returned home.

Nathan said his sister, who has asthma, showed signs of the virus and was given a combination of antibiotics, including the malaria drug. She began to recover after five days.

Hannah said she was more concerned about her father than herself.

“It was really hard not knowing (if Steve would recover) … No one really knows and it was really hard to hear that answer,” she said. “But I knew dad would be OK because he is strong and a fighter.”

Dianna said Hannah is very much like her father and was able to provide her with emotional support to remain positive.

“She’s got a lot of that in her,” she said of her daughter.

Hannah said the one thing she learned during the ordeal was try not to take the people you love for granted.

On April 20, Steve was sent home. He was 30 pounds lighter and forced to use a walker because of his weakened condition. Steve said he was so weak that he needed help pulling blankets up and down while lying in bed.

“Now I’m doing much better. I can walk five, ten minutes around the yard. Before, just walking to the bathroom wiped me out,” he said. “I try not to feel sorry for myself because I know a lot of people out there who’ve had it worse, but it has been difficult.”

His in-home physical therapy has ended, and Steve is scheduled for his first check-up. His first question for the doctor is will his breathing make a complete recovery.

His one doctor told him it could take up to a year to fully recover. “I’ve still a long way to go … but I’ve got a lot of motivation to get all the way back.”

Until Steve is well enough to return to work, Nathan is helping running things since the pizza shop reopened on April 28 after closing for a month while the family was in quarantine. If Steve was worried whether his loyal customers would return under the circumstances, he need not have been.

“The very first week we reopened was the busiest week we’ve ever had in our 60 years, and the following week was about the same,” he said. “We didn’t know what to expect. We had no idea, but our customers have come back and we’re just thrilled.”

The family was also appreciative of the community support they received while Steve was hospitalized. He said people were praying for him and they received countless get-well cards, trays of food and even money.

“I just want to let the community know how much we appreciate what people have done,” he said.

CONCORD, N.C. — Brad Keselowski, in a contract year and trying to up his value in free agency, gave Roger ...

WHEELING, W.Va. — Fifty years ago this month, Ron Woloshan was sitting atop a tank in Cambodia when he learned of ...

Columbiana County’s confirmed cases of the coronavirus took a major jump from Sunday to Monday. According to ... 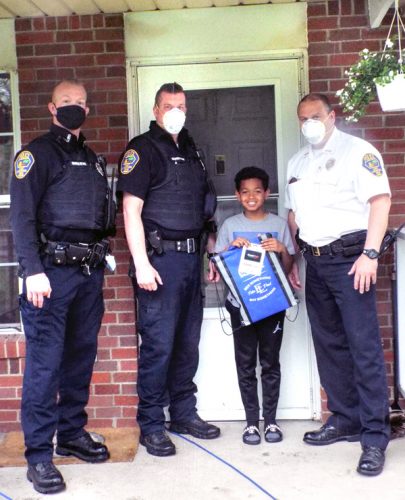 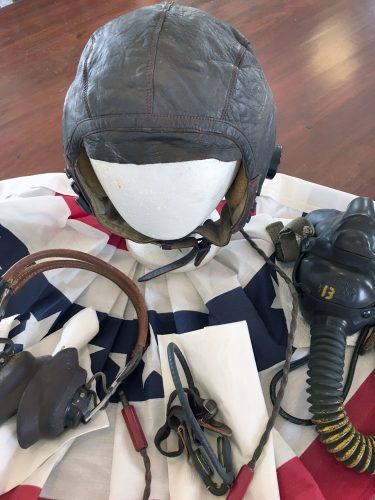 WHEELING — Early voting for the June 9 primary election in West Virginia starts Wednesday across the state, ...