LISBON — An FCI-Elkton prison inmate may have become the third death in Columbiana County due to the coronavirus.

According to information provided by the Bureau of Prisons, the inmate, Woodrow Taylor, who had long-term, pre-existing medical conditions, died Thursday at a local hospital where he had been taken on Tuesday. Taylor had reported to the health services department at FCI-Elkton due to symptoms and after being evaluated by the institution’s medical staff, Taylor was transported.

Taylor reportedly was unable to maintain sufficient oxygen saturation and he was suffering from shortness of breath. His health quickly declined, and he was placed on a ventilator prior to his death on Thursday. Although he was tested for COVID-19 by hospital staff, the results of that test were still pending when he died.

Taylor was a 53-year-old male serving a 60-month sentence for conspiracy to possess with intent to distribute 500 grams or more of cocaine. He had been in custody at Elkton since April 29, 2019. His release date had been May 3, 2022.

There remain two confirmed cases from the FCI-Elkton prison, according a daily update provided by the Bureau of Prisons. Across the country, there are 75 inmates reported with confirmed cases and 39 staff members.

Additionally, Fauss said the laboratory at the Ohio Department of Health has tested 64 Columbiana County residents for COVID-19. So far, 23 have tested positive and 30 have tested negative. Another 11 tests are still pending. Of those tests completed 57 percent were negative at this point. Fauss said this does not include additional tests, which were sent to private laboratories by local medical personnel, however, if those tests were positive, they would have been reported to the county Health Department.

Statewide the numbers grew to 2,902 with 81 deaths. There have been 802 hospitalizations. Ohio Medical Director Amy Acton confirmed during Thursday’s press conference with Gov. Mike DeWine that the state’s numbers of hospitalizations do not reflect those who have been hospitalized, recovered and gone home.

The stay at home order in the state has now been extended through May 1, which is the same date school closures were extended earlier in the week. However, the projections for the COVID-19 cases to peak in Ohio, a study by Ohio State University which Acton cites during press conferences, does not show the highest number of cases until around April 25.

EAST LIVERPOOL — The air conditioning is now fixed at a downtown senior housing complex where two men were found ... 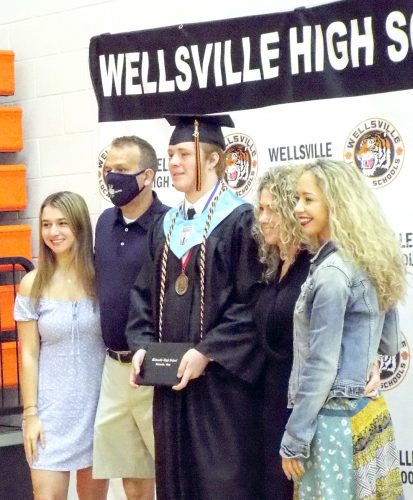 LISBON — Coronavirus cases continue to rise in Columbiana County, rising to 875 on Monday, an increase of 81 ...

SALINEVILLE — While the village would like to get some streets repaired and patched, council first had to vote to ...