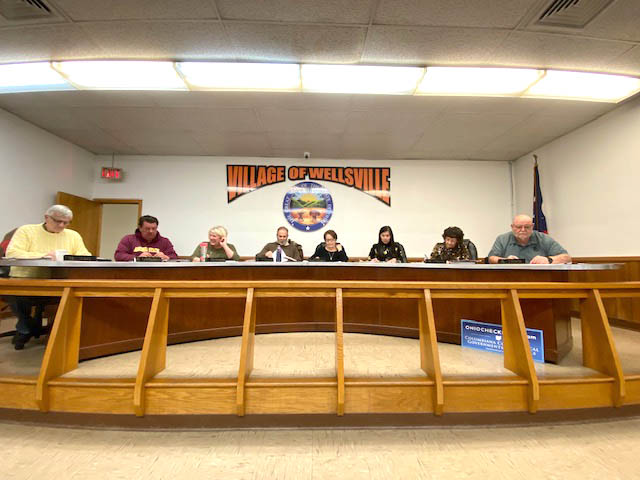 The understanding sets the village up to receive opioid litigation money in the case of the state winning the lawsuit against the pharmaceutical companies. Mayor Nancy Murray reported she was notified of the opportunity late last week, and she said it was due by midnight.

Council suspended rules to pass the resolution on third and final reading. In the case of the state winning, the money will be distributed into local government funds.

In other business, council:

— Suspended council rules to pass an ordinance, making permanent appropriations for current expenses and other village expenditures for the year, on third and final reading.

— Murray announced Jarrod Grimm, village administrator, was unable to present his report because he was meeting with a contractor to look at a sinkhole on Clover Avenue.

— Murray announced she was at the Port Authority last week, and Marucci and Gaffney Excavating was selected to do the truck route project. The project was scheduled to begin next week but it is being pushed back one to two months due to the heavy loads being delivered to the South Field Energy Plant, the project will be complete by August to comply with the grant funding the project.

— Approved bills totaling $759 consisting of; $59 to Carquest for Floor Jacks; $152 to Pytash for maintenance supplies for Kubota; $217 to Sherwin Williams for paint and supplies;$4.38 to Vernon Dell to repair backhoe; $150 to Wallace Auto for lettering for Ram Truck; and $177 to Wellsville Feed for K9 officer food.

— Karen Dash, council member, thanked residents for their patience and understanding as the oversized loads are being delivered to the South Field Energy Plant. She said about 25 loads have been delivered and they try to always give residents a warning on the Village’s Facebook page. Dash also reported the only downside to the oversize loads are being stuck in traffic and they are delaying the truck route project.

— Randy Allmon, council president, requested a personal meeting at 1 p.m. on March 9, he invited all council members to the committee meeting and said they will be discussing all things related to personnel.

The next meeting will be at 6 p.m. on Monday March 23, council voted to move the meeting because of election day.

HANCOCK COUNTY— Voters will be deciding on two magistrate seats June 9, with three candidates running for ...

HANCOCK COUNTY – Voters will be asked to choose two candidates from three districts on the primary ballot June ...

HANCOCK COUNTY – Republicans will be deciding on a republican candidate for sheriff on the November ballot when ...

LISBON — Columbiana County Prosecutor Robert Herron, who has held the job longer than anyone else, changed his ...

LISBON — As large gatherings are still prohibited in Ohio due to the COVID-19 pandemic, there is still a lack of ...

Staff Reports SALEM — Salem Detective Brad Davis said the name of the victim from the fatal fire on Westview ...