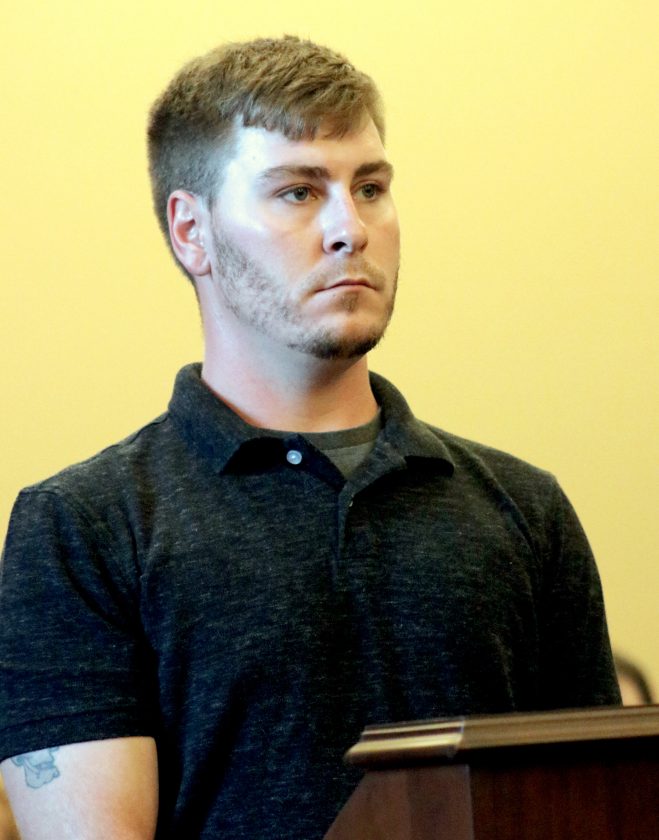 LISBON — The driver responsible for striking and killing a man walking in the Franklin Square area before driving away in October 2018 pleaded guilty to three charges in Common Pleas Court before Judge Megan Bickerton.

Dale E. Dennison, 29, West Salem Street, Columbiana, pleaded guilty to vehicular homicide, failure to stop after an accident and tampering with evidence in the traffic crash on Oct. 2 that led to the death of Nicholas Paul Crookston, 30, of Leetonia.

Fighting back emotions, family members of Crookston were in the courtroom on Wednesday and will get the opportunity to talk prior to the sentencing hearing, which is scheduled for May 22.

Chief Assistant County Prosecutor John Gamble said with the plea agreement he will not ask for a specific punishment for the crimes, but he will oppose Dennison receiving community control.

Although the vehicular homicide charge is a first-degree misdemeanor with a maximum jail sentence of 180 days, the other two charges are felonies with considerable more prison time possible. The failure to stop after an accident is a second-degree felony and Bickerton could impose an eight-year prison sentence for that charge alone. The tampering with evidence charge is a third-degree felony with a possible prison sentence of up to three years in prison. He faces fines of up to $26,000 and could have his license suspended for up to three years.

Crookston was walking west on Old Route 344 near state Route 558 in Salem Township at about 6 a.m. on Oct. 2, 2018, when he was struck and killed by a 2009 Jeep driven by Dennison. Instead of stopping, Dennison fled, leaving behind a piece of the Jeep.

The highway patrol investigated the crash scene. Someone later tipped Columbiana police that a damaged Jeep matching the one they were looking for was sitting in the parking lot at Columbiana Manor.

SOI Fish Fry WELLSVILLE — The Wellsville Sons of Italy will have our fish fry 4-7 p.m. today, CARRY OUT ...

LISBON — An FCI-Elkton prison inmate may have become the third death in Columbiana County due to the ...

April 21 — The Columbiana County Hope Festival Relay for Life meeting has been canceled.

WASHINGTON (AP) — The Trump administration is formalizing new guidance to recommend that many, if not almost all, ...