Pritt pleads no contest to 29 charges 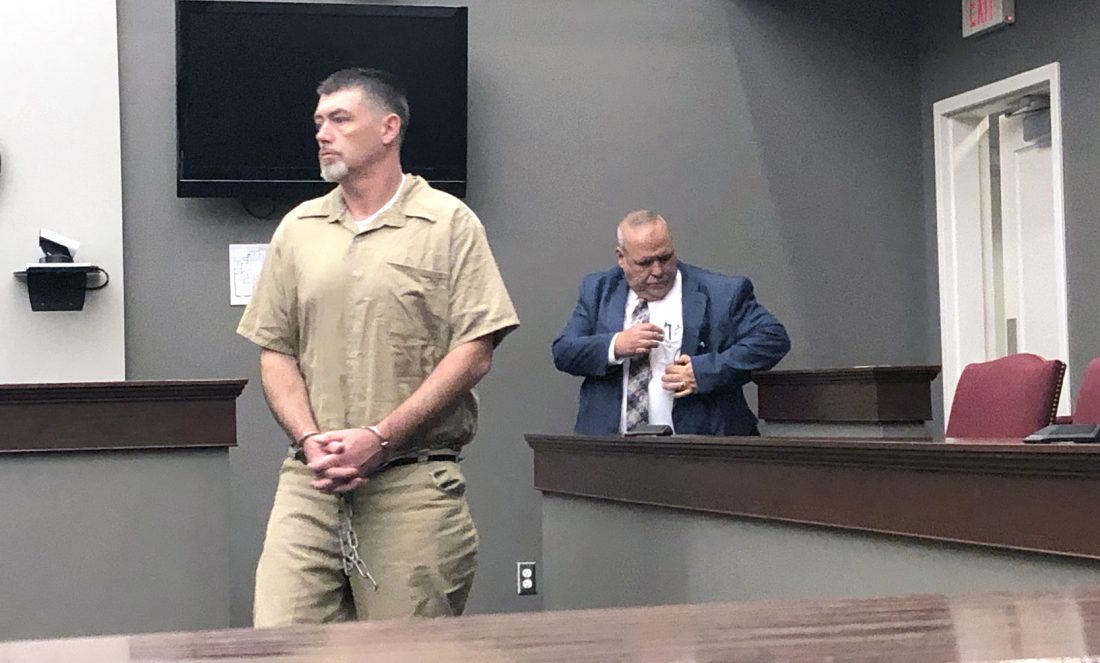 LISBON — Brought back for local court appearances from the Trumbull Correction Institute, Sherman A. Pritt Jr. pleaded no contest to 29 charges in county Municipal Court on Monday afternoon.

Pritt, 40, Y and O Road, East Liverpool, had been facing a single count of criminal damaging and 28 counts of violating a temporary protection order for calls made to his former girlfriend, Stacey L. Dawson. The majority of the calls were made on recorded lines while Pritt had been incarcerated at the county jail, in which he was often asking her to drop the protection order against him.

The other count of violating a protection order was filed after authorities, who had been searching for Pritt for about 20 days this summer, found him in Dawson’s basement hiding behind a Christmas tree.

The criminal damaging charge was for destroying Dawson’s Apple iPhone 8 by throwing it against a wall back in March.

Assistant County Prosecutor Abbey Minamyer said she has met with Dawson, who indicated the restitution for the phone has been paid in full.

Following a plea agreement reached between Minamyer and defense attorney Joseph King, Judge Tim McNicol fined Pritt $150 for the criminal damaging charge and another $150 for the protection order violations combined. Additionally, Pritt was sentenced to 180 days in jail concurrent with the time he is already serving in a felony case from Common Pleas Court and another misdemeanor conviction from East Liverpool Municipal Court.

Pritt is currently serving a nine-month sentence in connection with the Operation Big Oak drug indictment and King indicated he should be out sometime in May.

But he reportedly is not done making appearances before Columbiana County judges. King said Pritt learned while he was being transported back to the county that he also has a new felony indictment again involving allegedly violating a temporary protection order.

King said he believes Pritt is going to be held in Columbiana County until after the hearing on that charge. Arraignments in Common Pleas Court are scheduled for Thursday afternoon.