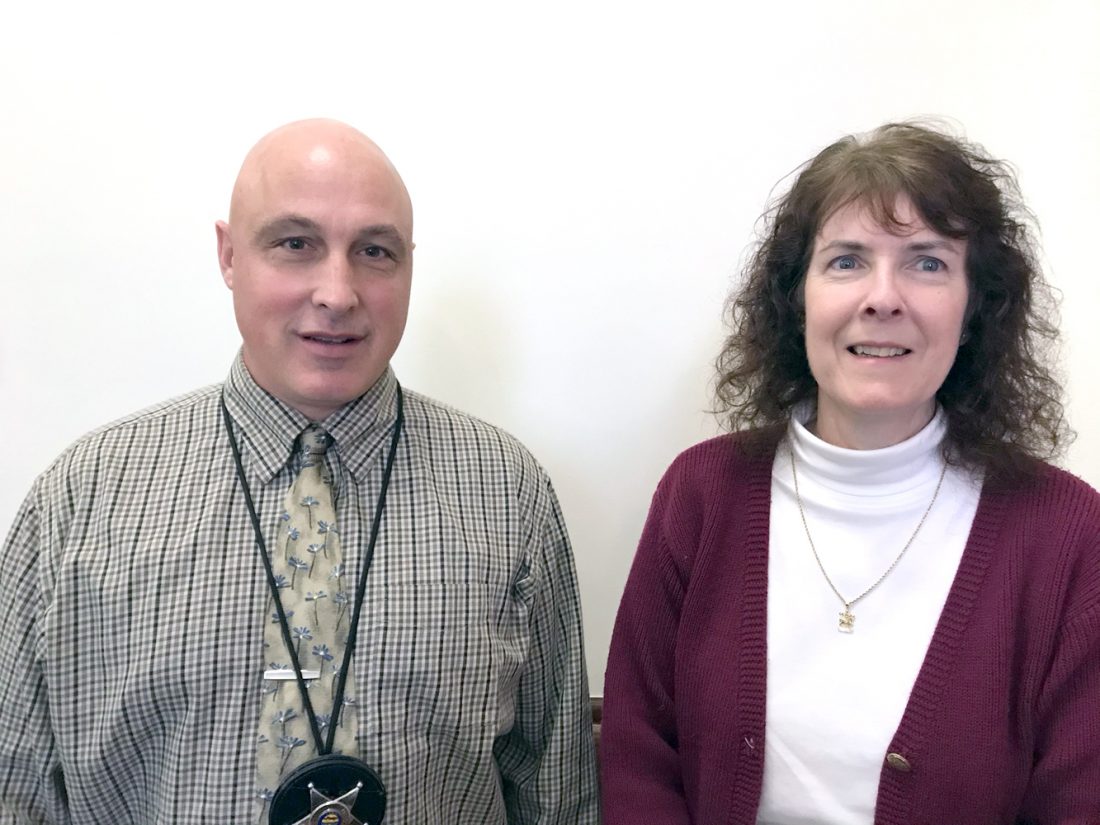 LISBON — The former Salem Humane Society has merged with another group to form the Columbiana County Humane Society, complete with a humane officer to investigate animal abuse and neglect claims.

Sharon McElroy, president of the Columbiana County Humane Society (CCHS), met Wednesday with county commissioners to introduce herself and humane officer Craig Brinker, who has already been sworn in by county Probate Court Judge Tom Baronzzi.

McElroy was active with animal organizations in Mahoning County before moving to Columbiana County five years ago, where she began volunteering at the Humane Society of Columbiana County. She created her organization with the idea of bringing back a humane officer, which was accomplished with creation of the CCHS.

CCHS will occupy the former Salem Humane Society property on South Lincoln Avenue in Perry Township, which includes a shelter.

McElroy wants commissioners to arrange a meeting with the county dog warden and staff so she and Brinker can introduce themselves in the hopes of fostering a close working relationship. While the dog pound’s focus is licensing dogs, adoption services and responding to stray dog complaints and dog bites, it also investigates reports of dog abuse and neglect. She would like for the CCHS to help the dog pound with that, but its primary focus will be investigating abuse and neglect claims involving farm animals and other pets.

Brinker said he has already met with the county sheriff and some local police chiefs, and the CCHS intends to send introductory letters to the other police departments to let them know the organization stands ready to assist them in responding to abuse and neglect complaints.

As a certified humane officer, Brinker was required to undergo training in animal abuse and neglect law through the Ohio Peace Officer Training Academy, which he completed. He does not have arrest powers and can only refer charges to the county prosecutor’s officer or the local municipal law director, but he can seize animals after obtaining a court order.

Brinker retired this year from working as a corrections officer in the federal prison system in Colorado and later at the Elkton facility, reaching the rank of lieutenant. He and his family live on a farm in the Columbiana area.

An lifelong animal lover, Brinker said, “You can learn a lot about people by how they take care of their animals.”

Brinker, who expects to work at least 40 hours a week, emphasized that pursuing charges is a last resort or the situation is so egregious it cannot be ignored.

“I’m not here to give you a hard time. I’m here to work with you” to address whatever problems that exist in creating the abusive or neglectful situation, he said. “We’re not looking at kicking down doors or taking animals,”

McElroy agreed, saying they realize sometimes people lose their jobs or otherwise fall on hard times, which may impact their financial ability to properly care for their pets or farm animals. “So we’re here to help,” she said.

The organization is a non-profit and exists solely based on donations and fundraisers. McElroy said they are not affiliated with the Humane Society of the United States.

To contact the organization call 234-575-7177 or go to columbianacountyhumanesociety@gmail.com