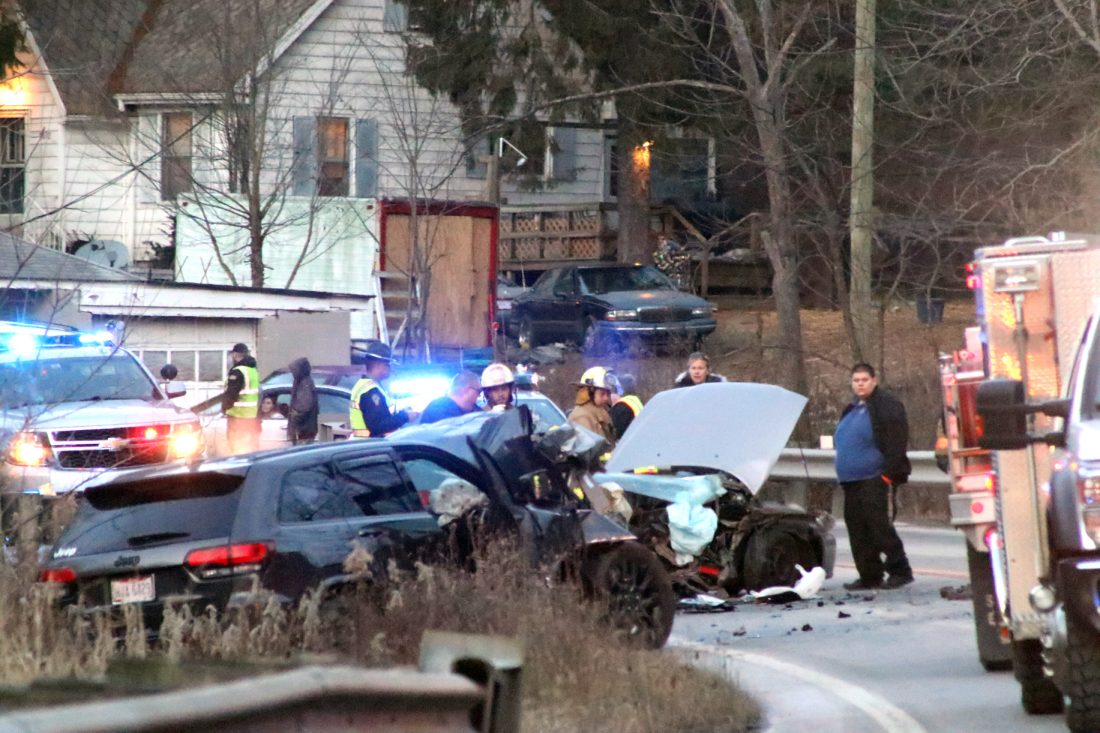 A 76-year-old Columbiana man, Arthur L. Snyder, was killed in a two-car crash on state Route 7 a few miles north of Beaver Local Thursday afternoon. According to highway patrol Sgt. Dan Morrison, who investigated the crash along with Trooper Andrew English, a Toyota Corolla driven by Snyder was northbound when it went left of center and collided with a Jeep Grand Cherokee driven by Angela Nail, 40, of New Waterford. The Corolla then struck a guardrail off the west side of Route 7. Snyder was pronounced dead at the scene. Nail sustained minor injuries and was transported to St. Elizabeth’s in Youngstown. Seat belts were in use by both drivers. Alcohol and/or drugs do not appear to be a factor, the patrol said. The crash was reported at about 3:04 p.m. and forced the closure of Route 7 from Middle Beaver Road to state Route 154 in Rogers. Assisting at the scene were Rogers Fire/EMS, Negley Fire/EMS, Lifeteam EMS, the county Coroner’s Office and the Ohio Department of Transportation. (Photo by Deanne Johnson)

LISBON — Village council cut ties with its tax administrator on Monday after she failed to show up for work and ...

LISBON — The village has been given emergency funding to fix the major sewer line break at the intersection of ...

CHESTER, W.Va. —The water board discussed fire hydrants at Wednesday’s meeting. A resident attended to ask ...