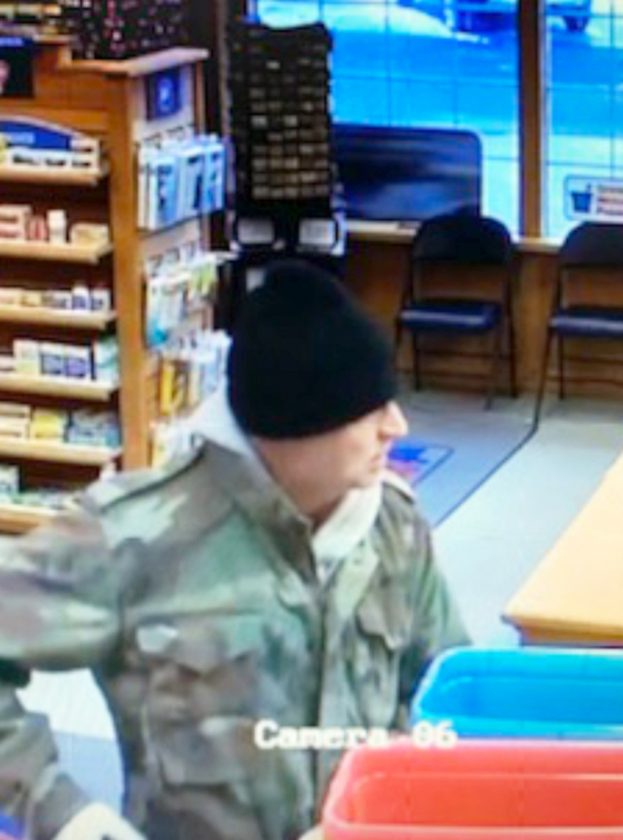 According to Det. Sgt. Scott Mick, a caucasian male (in his 50s or 60s), brandishing a firearm, walked into Buckeye Pharmacy around 4:30 p.m. and slipped the “teller” a handwritten note, demanding narcotics. The man didn’t ask for cash however, he netted 4,000 hydrocodone painkillers that he put in a bag before fleeing the scene.

He was not wearing a mask but did have latex gloves on, according to witnesses and surveillance video.

The man, who had a semi-automatic pistol, was wearing camouflage pants and jacket, a gray hoodie and black toboggan. He was seen on video driving up to the store in a silver Subaru Forester.

The store’s four employees, who were not injuries, were forced into a back room of the pharmacy. There were no customers at the time, Mick added.

This is not the first time this pharmacy was robbed at gunpoint. According to media reports, two men entered the establishment in September 2017, ziptied the hands of employees behind their back in a restroom before fleeing with cash from the register and opioids.

That robbery was suspected to be one of 40 connected to the same suspects, which led to arrests.