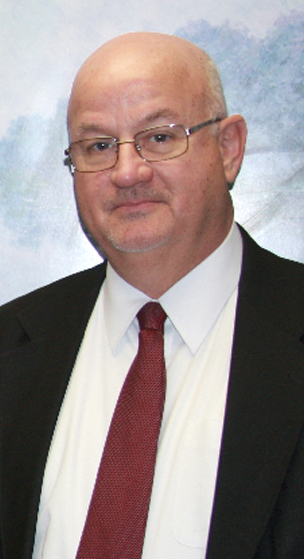 LISBON — The longest serving prosecutor in Columbiana County history demonstrated Tuesday he wants another term by filing petitions with the board of elections.

“I believe I have the best job in the county,” Robert Herron said in a press release. “I still look forward to coming to work each day. Every day presents a different challenge. Nobody locally comes close to the prosecutorial experience I have gained over the years. I have been blessed with the support from the people in Columbiana County in prosecuting criminals and I will continue to earn that support for a new term. I have wanted to be a prosecutor since junior high school and I’m grateful to the people of Columbiana County to make that happen.”

If elected, this will be Herron’s ninth full term after being appointed as prosecutor in 1987 when David Tobin was elected Common Pleas Court judge.

Herron said through the years he has handled more death penalty, aggravated murder and murder cases than any attorney in the county, as well as more rape, drug and robbery cases than he can remember. The prosecutor’s office is the largest law firm in the county in terms of both caseload and the number of attorneys on the staff.

“I have been blessed with a dedicated, hard-working and professional staff, who demonstrate superior skills in the courtroom,” Herron said. “It’s been my philosophy to hire the most talented lawyers and staff members I can and then try to stay out of their way and let them use their skills.”

Herron graduated from Salem High School before earning an undergraduate degree from Ohio State University and his law degree from Capital University. After time at working at the Ohio House of Representatives, the Columbus City Prosecutor’s Office and first interning and then working with the Ohio Attorney General’s Office, Herron returned to Columbiana County in 1977. After two years in private practice he was hired as an assistant prosecutor by then-prosecutor Tobin.

Herron believes he has run 477 sessions of the grand jury through the years since he began doing it as an assistant county prosecutor in 1981. This year, through Nov. 18, there have been 541 felony cases filed, a record number. Additionally, there have been 3,422 criminal cases filed in the three municipal courts combined and 8,350 traffic cases.

Herron was involved, along with Salem Police Chief J.T. Panezott, in the creation of the county Drug Task Force, as well as the more recent county Homicide Task Force, which is now known as the Violent Crimes Task Force. He has worked to obtain victim grants.

Married to his wife Diana for 25 years, Herron lives in Salem and has two children, a son who is a certified financial planner and a daughter who is currently attending medical school. He has two grandsons.