County recyclers urged to shy away from glass bottles 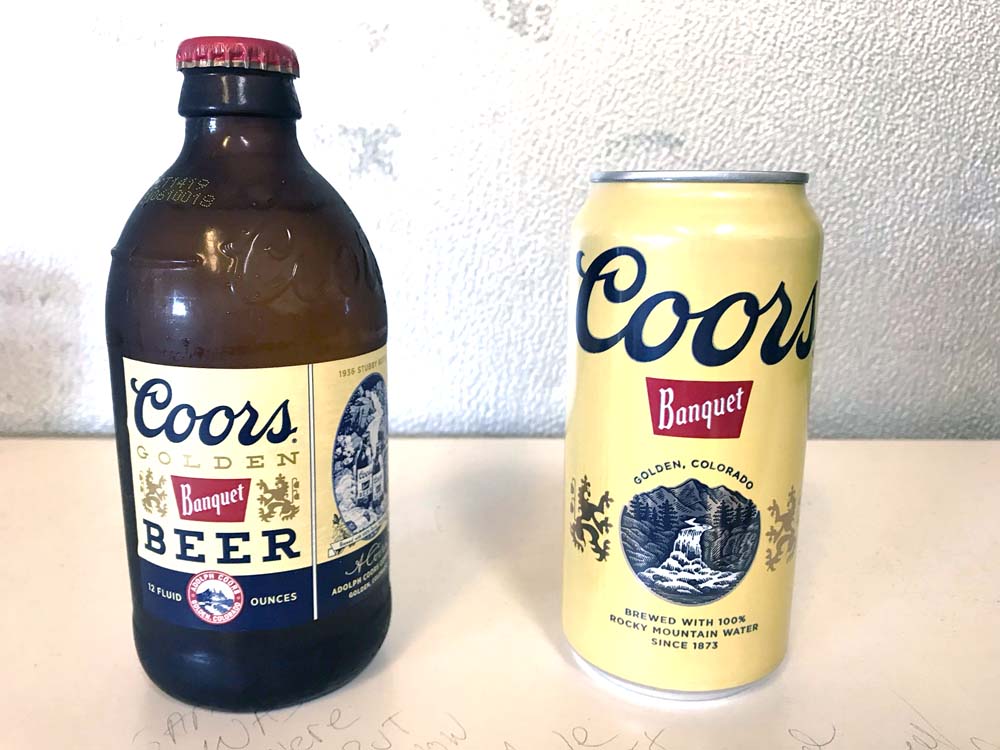 To continue drinking beer from a bottle or a can? That is the decision faced by beer drinkers and others because the Solid Waste District for Columbiana, Carroll and Harrison counties is asking residents to quit disposing of glass at the various recycling drop-off sites. The glass breaks as part of the process, contaminating the other recyclables. (Photo by Tom Giambroni)

That’s because the Solid Waste District for Columbiana, Carroll and Harrison counties has instructed the public it will no longer accept glass of any kind for recycling. Signs announcing the change first started appearing a month ago at the 56 sites in Columbiana County where residents can drop off recyclable materials as part of the SWD’s voluntary recycling program.

Begun in 1994, the SWD’s recycling program started with what is called a dual-stream recycling system, with glass bottles and jars disposed of in one container and everything else in another. That changed in 2013, when the SWD went to a single-stream system, with all recyclables being disposed of in a single container, which made it easier for residents collecting the materials at home.

Walton said this was done at the urging of Kimble Recycling, which was under contract at the time to operate the SWD’s recycling program. Going to a single-stream allowed Kimble to cut back on the number of trucks needed to service the drop-off sites and the dumpsters.

In 2017, the SWD decided to begin operating the recycling program itself to save money. Since then, the SWD has been sending most of its recyclables to Ohio Valley Waste in Youngstown because it is closer and cheaper than Kimble’s site in Twinsburg. Walton said when the SWD made the switch to Ohio Valley the company asked them to phase out accepting not only glass bottles and jars but glass of any kind because of the contamination problems, and they agreed. Any glass Ohio Valley receives now are used as a secondary cover layer at its landfill.

Kimble continues to accept glass bottles, as does Waste Management, but Walton said they cannot resume using Kimble’s recycling facility because of the cost.

“We would have been out business in a couple of years. They’re double the price of Ohio Valley,” she said, adding Ohio Valley is trying to figure out a way it can resume taking glass.

The solution is return to having separate containers for glass bottles and jars. “Will we ever start a separation program for glass? I don’t know,” Walton said, adding it would drive up costs significantly because they would likely have to add more trucks and drivers.

There is also the issue of getting the public to go along. “It would take people a long time to get used to separating again,” Walton said, and she is not hopeful given how frequently people dispose of non-recyclable materials at the drop-off sites despite their best efforts to educate them.

The SWD has already closed one site — in Elkton — after deer and farm animals carcasses were disposed of there. She said they are considering closing another four drop-off sites, three of which are in the county, because people continue to dispose of household trash, furniture, mattresses, styrofoam and such there.

The SWD has also announced the only plastic it wants disposed of at the drop-off sites are jugs and bottles. This is part of a crack down on unacceptable plastics, such as food containers, toys and chairs that are frequently disposed of at the sites.

“We’re always going to recycle as much as we can, but just because a recycling symbol is on it doesn’t mean we can process it,” Walton said. “Right now, we have wish recyclers. ‘I wish they can recycle this,’ so they put it in the recycling. We tell people if in doubt, throw it out.”

Plastic bags are also a big no-no, despite warning signs on the dumpsters. Walton said people bring recyclable materials to drop-off sites in a bag and dump the items in along with the bag. The bags get caught in the conveyor belt as part of the separation process.

She said just empty the bag of the recyclable contents and take the plastic bag home for reuse. Clean plastic bags can be dropped at recycling locations in most Walmarts and a local supermarket chains.

The SWD recycled 8.8 million pounds of material last year, 6.8 million of which came from Columbiana County. For a complete list of what is and is not acceptable go the SWD’s website at cchenvironmental.org.

“I’m at my wit’s end. I’ve been in the business almost 19 years and it seems like it’s getting worse, not better. So we’re just going to trying educating (the public) more,” she said.