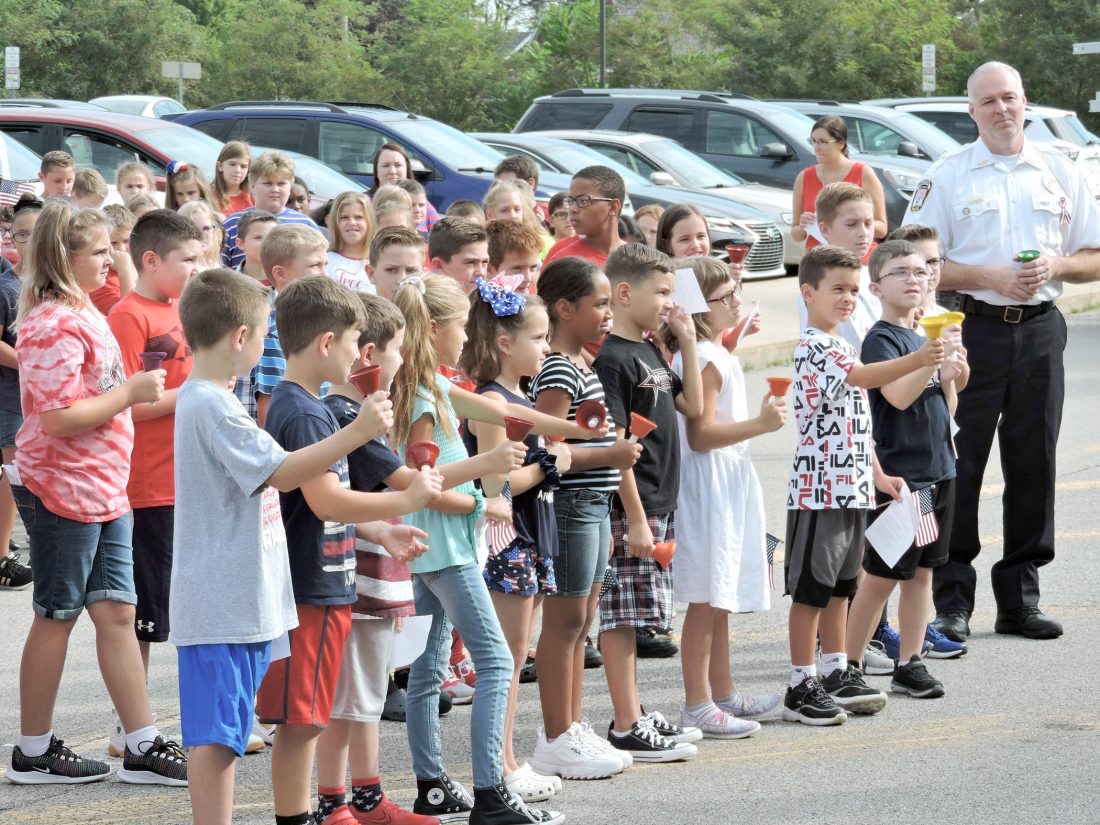 Fourth-grade pupils of Weirton Elementary School, joined by Weirton Police Chief Rob Alexander, played bells along with a rendition of “Let There Be Peace on Earth,” as part of a service honoring local heroes at the school Wednesday. (Photo by Craig Howell)

WEIRTON — Some of the world’s biggest heroes live in our own neighborhoods, and the fourth-grade pupils of Weirton Elementary paid tribute to their service Wednesday morning.

With songs, prose and more, the school honored the men and women of local law enforcement, fire departments and emergency medical services, inviting representatives of several agencies to the school to be recognized.

Joined by representatives of the Weirton Police Department, a group of fourth graders played bells along with a rendition of “Let There Be Peace on Earth.”

Another group of pupils read “A Day of Courage: 9/11,” telling the story of the terror attacks which resulted in the deaths of almost 3,000 individuals, including 343 firefighters and 71 law enforcement officers at the World Trade Center, 55 military personnel at the Pentagon, more than 2,000 civilians and everyone on the four hijacked airlines used in the attacks.

Those gathered then came together to sing “God Bless America,” and hold a moment of silence.

Violetta Magnone, one of the fourth graders, explained the school wanted to thank local first responders for their service, and honor them for their bravery in working to protect the local communities.

“People need to know you don’t need to wear a cape to be a hero,” Magnone said, referring to the police, firefighters and EMTs. “Those are the true heroes.”

Each first responder in attendance received a goody bag, with items collected by the pupils and the school’s faculty, to show their appreciation.