Commissioners: Recorder will collect half of fees requested

LISBON — Columbiana County Recorder Theresa Bosel will be allowed to collect only half of the recording fees she requested from county commissioners, who say her 2020 request failed to comply with state law.

Commissioners on last week agreed that $4 can be earmarked for Bosel’s equipment fund next year instead of the $8 she requested and had been receiving.

In recent years, $6 has been deposited in the general fund, where it can be spent however commissioners choose, with the remaining $8 going to Bosel’s equipment fund. For this to happen, Bosel must receive permission from commissioners, which they have granted in the past, after she files the necessary request with them every fall.

Bosel filed a request last fall for 2019 but, for whatever reason, it was never acted upon by commissioners, and Bosel continued to deposit the $8 in her equipment fund. Earlier this year, county Auditor Nancy Milliken determined that since Bosel did not have the necessary authorization, the $8 should be deposited into the general fund instead of the equipment fund.

When that did not happen and Bosel continued to deposit the fee into the equipment fund, Milliken contacted commissioners, who adopted a formal resolution instructing Bosel to do as Milliken recommended. Bosel, who had disputed their legal authority to halt deposits into her equipment fund, finally acceded to their request after the county prosecutor’s office sided with Milliken’s interpretation of her duties.

Meanwhile, Bosel filed a request in August asking commissioners for permission to resume depositing the $8 into the equipment fund in 2020 and continuing through 2025. The letter, among other things, must state how much the recorder expects the fee will generate and the reason why the money is needed.

Commissioners, in a letter dated Aug. 28, told Bosel her letter failed to comply with state law in several instances, which is why they were denying her request and instead only giving her $4. Their approval is only good for 2020, which means she will have to file another request next fall.

“We were required under the new law to give her $3 and we thought we would give her an additional dollar,” said Commission Chairman Mike Halleck. The remaining portion of the fee will go into the general fund, where commissioners can use it to fund the recorder’s office directly.

“She will get some of that money back in her appropriations,” he said.

WELLSVILLE —Mayor Nancy Murray announced the village is moving forward with the truck route project at ...

LISBON — The aggravated murder trial of Kevin Kirby, accused in the death of Melinda Todd in her home in 2012, ...

LISBON — Michael W. Hover Jr., one of the three men who left the county jail last summer, pleaded guilty to ... 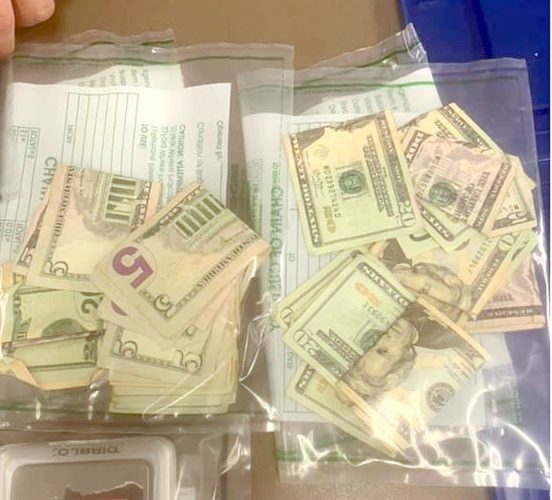 CALCUTTA — St. Clair Township renewed its dispatch contract with the city of East Liverpool. During their ...