LISBON — An East Liverpool woman who took another woman’s baby without permission for a couple hours in December was ordered to complete counseling at the Eastern Ohio Correctional Center in Lisbon.

Kira Elaine Dunn, 33, Weber Lane, was initially charged with abduction, a first-degree felony, but had pleaded guilty in May to a fifth-degree felony charge of interference with custody. She has served 204 days in the county jail since the night of her arrest and now will be placed on a three-year community control sanction which will include the EOCC program.

At Friday’s sentencing hearing, Maria Pugliano, the mother of the then-5-week-old baby, said that evening there were friends of the family at the house and that was how she met Dunn, who had come there with a friend. Pugliano said Dunn was holding her baby and they had chatted about the tiny size the baby, who weighed only five pounds because she was born premature, and had spent three weeks in an neonatal intensive care unit before she came home.

“In the blink of an eye chatting with someone I thought had honorable traits turned into a nightmare,” Pugliano said. “Not only did she walk out the front door with my daughter, but she took her out in freezing temperatures with only pajamas on and a thin blanket.”

Pugliano said what has happened has made her paranoid and untrusting to others and she is wary of allowing her 6-year-old, who likes to be outside, go out to play.

During sentencing, Judge Megan Bickerton said what also bothered her about the case was Dunn, a mother of three children herself, knew she did not even have a car seat for the small infant, but drove off holding her in her arms. She was riding around with her for more than two hours. Bickerton said it is apparent Dunn lied to her own mother about where she got the baby and may have problems with being a pathological liar.

According to Wellsville police, Dunn had admitted to taking the child when Wellsville Patrolman Joe Saraniti finally reached her by telephone at 1:55 a.m. that night. At the time police were in the process of issuing an Amber Alert. Dunn also told police she was on the way to the police station, but had taken the child to visit her own mother and to Walmart.

Defense attorney Justin Markota asked Bickerton to consider time served for Dunn, stating Dunn herself is a mother of three young boys and she misses them. He did not feel the EOCC was the right place for Dunn, who may have had substance abuse problems at one time, but did not show signs of drug use or intoxication the night of the baby’s disappearance.

“I think she’s been punished enough,” Markota said. “In all my time with her, all she has said is how much she wants to go home and be with her children.”

Although at the previous plea hearing Dunn had indicated she thought she had permission to take the baby, on Friday she said she takes responsibility for her actions.

“I’ve made the worst decision of my life,” Dunn said. “I haven’t seen my kids in seven months.”

When she ordered Dunn to go to the EOCC, Bickerton said she knew that was not what Dunn wanted, but she urged Dunn to go get the tools she needs to be the type of mother she says she wants to be. 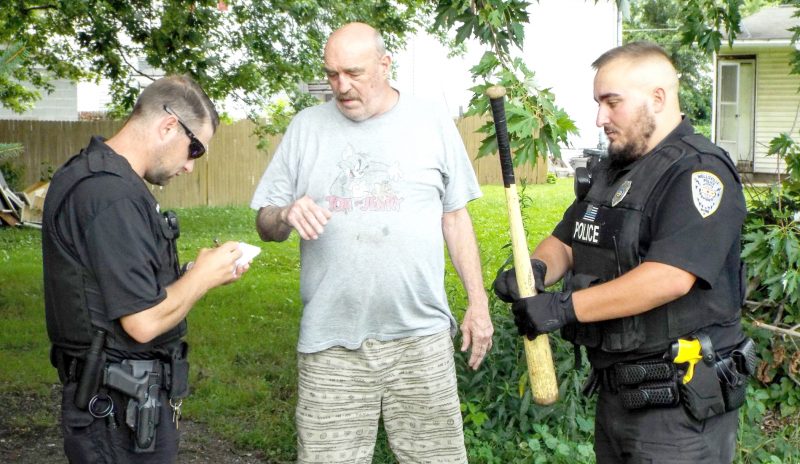