CALCUTTA–While St. Clair Township had 12 open orders for remediation from last week when a storm moved through the area, Mother Nature didn’t display any compassion when she dumped another several inches on the area Monday.

Several residents showed up at Tuesday’s township meeting, armed with photographs and videos, to show trustees the magnitude of which they were experiencing in the past two weeks.

Road supervisor Scott Barrett said that the area of Parkway and McCoy possibly suffered the worst damage, saying that crews have been all hands on deck as they try to help residents fare the weather. “It was just too much water at once,” he said, adding that the ground and storm drainage just couldn’t handle it. “Everyone is calling flooding in.”

A Hollywood resident spoke about the McCoy from a first hand perspective of the damage, after she still finds herself under water for the second time in two and a half weeks, and she worries that with forecasters predicting five more days of rain starting Thursday to consequences could be dire. However, trustees theorize that the problem area may be a clog on private property, which prohibits them from legal access without that owner’s permission.

The other residents might find themselves in the same boat. One woman spoke of how the flood waters came up nearly one foot off her porch near Stagecoach and Parkway, while another couple said they have complained about flooding on their Purinton Avenue property for four years and seen no satisfaction and vowed to post the video to social media .

Gary Davis explained, “This was the last straw yesterday. We had raw sewage (Monday night). I know you are trying, but I don’t think you are doing the right things.”

Trustees seemed just as frustrated at their lack of options and theorized residents might have to pursue civil action against the offending property owners if they don’t remedy the situation. “It is simple. It is not township property, and you cannot sue Mother Nature,” said Bob Swickard, who serves as the board’s chair.

That comment appeared not to satisfy Davis, who promised to oppose the road levy. “When can I get my taxes back?” he added.

Swickard promised to get representatives from the Columbiana County Engineer’s office back down here to discuss the issue, which doesn’t seem to be going away soon.

In other action, trustees paid $46,806.97 worth of bills and contracted with Salem Computer Center for the remainder of the year for computer system maintenance for the police department. Swickard said the majority of savings with the six-month contract will be on billing for travel back and forth to the station. Their previous provider was in Akron.

LISBON — Columbiana County coronavirus case numbers rose more over the weekend than all of last week, but there ...

EAST PALESTINE — Taking a similar approach to some school districts in the county, East Palestine will host ...

EAST LIVERPOOL — The city is going to experience a high heat index with temperatures reaching into the 90s for at ... 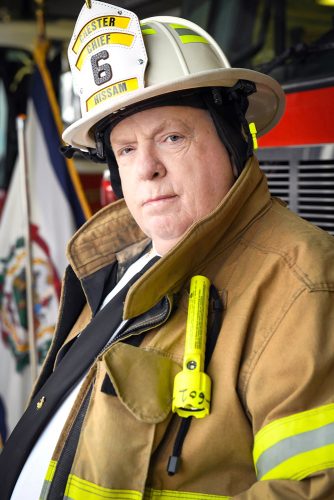