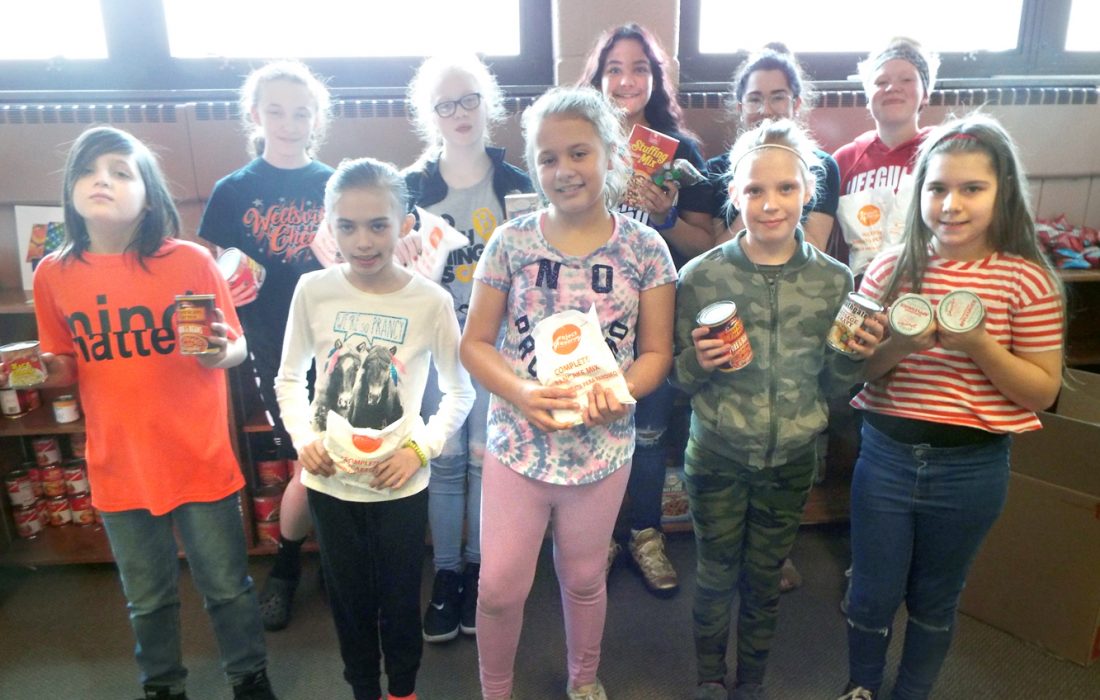 WELLSVILLE — Food insecurity has become a significant way of life for area families.

According to the No Kid Hungry website, one in six American children face hunger; however, that number is much higher in the village of Wellsville. According to statistics, all three of the district’s schools top the annual average number (40 percent) of students qualifying for free lunches.

For example, 100 percent of the students receive free breakfast and lunch at Daw Elementary School due to their federal poverty level. The U.S. Department of Health and Human Services defines the federal poverty level is the minimum amount of money a family needs each year to afford the necessities of life: food, clothing, shelter and transportation.

Wellsville decided that the free breakfast and lunch wasn’t necessarily enough, so they partnered with the Second Harvest Food Bank in Mahoning County and area churches to turn classrooms in the Daw and high school buildings where children in the county find food to eat when they aren’t on school grounds.

Superintendent Richard Bereschik said, “We figured there are a lot of students who may not eat if there wasn’t any food available in the home.”

Last year, he asked the school board to spend $750 on food for the pantries at both sides. After word of the resolution’s passage hit the newspaper following the meeting, an anonymous donor kicked in another $3,500 towards the program.

Looking at a classroom converted to a makeshift pantry, one can see a vast number of offerings that could be easily prepared by a child. In addition to a lot of canned goods (such as soups, ravioli and tuna), one can find peanut butter, jelly, pancake mix, instant mashed potatoes and stews. Ramen noodles, fruit ring cereal and boxed macaroni and cheese are just a few of the items one can find on their shelves at any given time.

Bereschik said over a two-day period last month, the school district, along with Second Harvest, managed to distribute 14,000 lbs. of food from the high school parking lot, including 152 25-lb. boxes of frozen meat. “We have no idea what we will get when we do this, he explained, adding that the distribution held between 10 a.m. and noon on the fourth Friday each month provides unique community service opportunities for students.

Surprisingly besides the meat, bread is always a hard staple to keep in stock through the food bank, so teachers bring it in to stock the pantry.

Students also can weekly partake of the pantry for their families before they are home for the weekend.

More than 12 million children in the United States live in “food insecure” homes, according to the U.S. Department of Agriculture (USDA). That means those families don’t regularly have enough food to eat, the most basic of all human needs.

Although school is not in session during the summer months, the students will not go hungry. According to Bereschik, he will open up the pantry at Daw between 10 a.m. and 12 noon on Tuesdays and Thursdays. “We also have hygiene pantries at both schools that were started by Ryan Miller, who is now a student at The Ohio State University. He raised $2,500 during his junior year to originally stock them. We just learned recently that Second Harvest has received a grant also, and will allow them to stock hygiene products,” he added.

The three units of Head Start also housed at Daw can utilize its pantry services.

“We try to take care of our community,” Bereschik, who has been at Wellsville since 1974, explained. “Wellsville previously had two working potteries and one brickyard, but now the school district is the village’s largest employer.

The district also works with Terry McCune of First Baptist Church, which also holds its own food giveaway a week before on the third Friday of the month. Wellsville First Christian Church also volunteer for the project.

Anyone who ever received one of those large blocks of cheese made available through government food programs always struggled with innovative ways to use it. Bereschik said that he would consider perhaps getting the home economics’ classes involved in offering solutions to questions like those through community cooking classes if the project keeps progressing.

For information on how to help with Wellsville’s food or hygiene pantries, contact Bereshick at 330-532-2643. 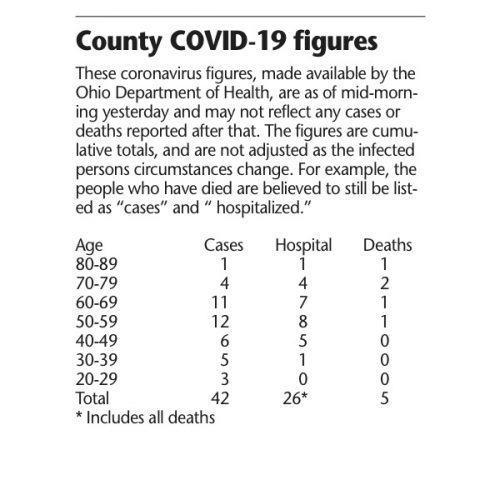 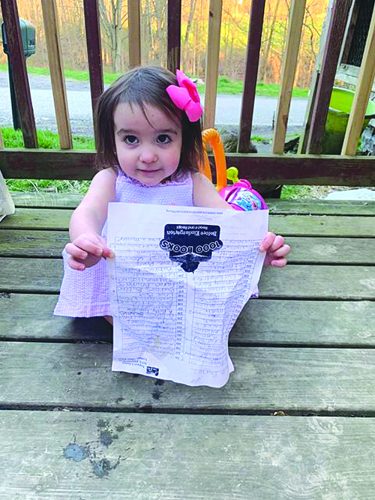