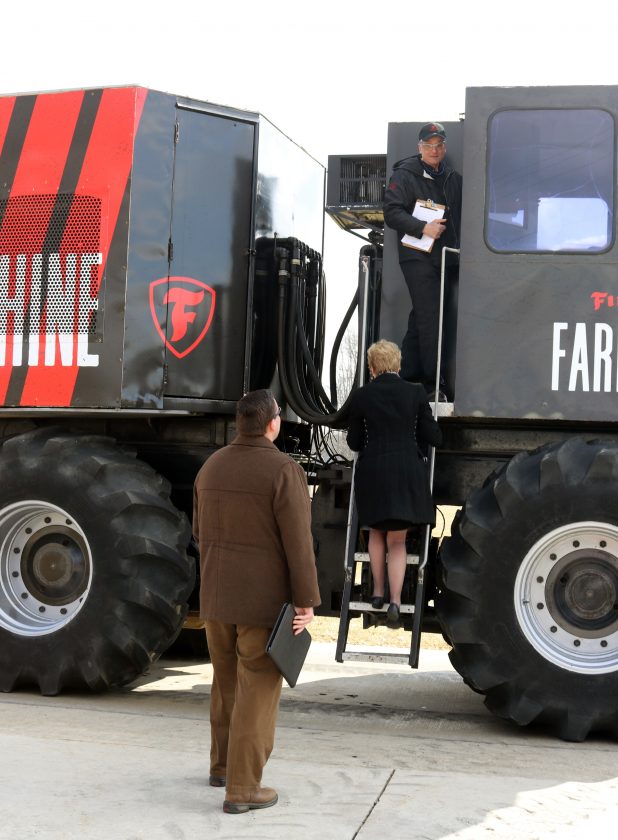 COLUMBIANA — Promoting the future of farming, Ohio Department of Agricultural Director Dorothy Pelanda stopped at the Firestone Farm Tire Test Center near Columbiana on Tuesday during her week-long tour for Ohio Agriculture Week.

After touring the Firestone Farms facility, Pelanda talked about future of farming in Ohio and how much the state’s continued success in agriculture depends on innovation. Pelanda points out one of every eight employees in Ohio is connected in some way to an agricultural story.

She said the future will include more innovation, automation, the possible growth of hemp and the processing of CDC oil in Ohio.

As a former legislator with the Ohio House of Representatives, Pelanda said she recognizes how important it is to make certain those in agriculture have a link to the governor’s office and the ears of legislators as they make decisions impacting the future of the agricultural industry in Ohio.

The Firestone Farm Tire Test Center facility is more than 400 acres dedicated to testing agricultural tires. Using various testing equipment and in some cases self-driving tractors, the test center is able to continuously gather data about the tires 24 hours a day.

President of Firestone Ag Tony Orlando and Ben Strawinski, who heads the staff at the Firestone Farm Tire Test Center, gave Pelanda, those traveling with her and the media a tour of the facility. They talked about the history of the farm, where Harvey Firestone, the founder of the Firestone Tire and Rubber Co., grew up and camped with Thomas Edison and Henry Ford. Even after he left the area, Firestone returned to test his agricultural tires right there on the family farm.

Then Orlando and Strawinski showed Pelanda the newer state-of-the-art equipment being used to put agricultural tires through their paces 150 years after Firestone was born. Orlando points out all Firestone tires need to be continuously tested for performance as the company continues to put out 30 to 50 new models annually.

In various buildings there are machines designed to put the pressure of heavy machinery onto the tires, while simulating months of continuous use doing exactly the types of work farmers may expect to be able to do. The results of these tests are then uploaded to additional engineers in Akron. The date from the tests can then be analyzed and adjustments made to the next sets of tractor and construction tires constructed.

Strawinski allowed those on the tour to ride inside the Mean Machine, which was constructed in 1975. The machine is able to simulate up to 50,000 pounds being pulled by a tractor and how that tractor’s tires respond on the track.

Additionally, he showed off newer machines some valued at about $500,000 each. One works the tires showing how it disperses pressure, which Strawinski said is especially important for operations such as no-till farming. The equipment is able to simulate heavy loads, lighter loads and work on uneven terrain.

Other machines measure how the tires react both inside and out to changes in vacuum pressure without dissecting the tire.

“The investment in this equipment really shows the commitment management has to testing our tires,” Strawinski said.

At the end of the tour of the facility, Pelanda got a chance to look inside the museum where Firestone’s own tractor, a 1929 McCormick Deering, and various tractor tires, as they progressed from the past are located.

Pelanda will be touring different parts of the state throughout the week. After the Firestone tour on Tuesday, she continued with planned stops at the FFA Camp Muskingum Discover Center in Carrollton and the Gervasi Vineyard in Canton.

LISBON — For the first time this month, Columbiana County’s health department reported on Wednesday the death ... 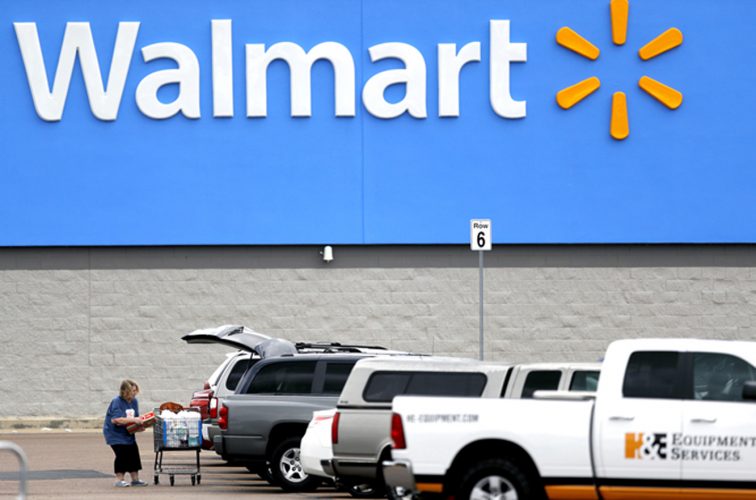 LISBON — County commissioners might finally be in a position to sell the former Rogers group ...

LISBON — As the local county schools discuss prepare to send children back to school, the county health ...

LISBON — Two county residents charged in Common Pleas Court with taking vehicles which did not belong to them ... 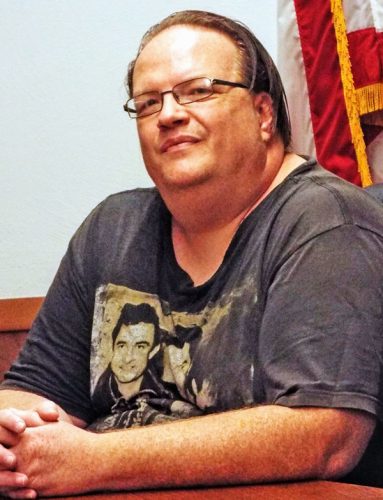