NEW CUMBERLAND, W.Va. — The Hancock County Commission approved a motion brought forward by Hancock County Parks and Recreation Board on a location to install a dog park.

Among the many locations discussed, the park board appears to have settled on placing the dog park at the old softball field, located between the Hancock County Recycling Center and the baseball field in the Gas Valley Sports Complex.

Further discussion on the site is expected to continue.

“There’s a ballfield that’s no longer in use located there and the park board is interested in using that as a form of tourism and making it a dog park,” Commission President Jeff Davis said.

Commission will send its approval back to the park board, which then is expected to move forward with the plan to use the ballfield for the dog park.

Commissioner Joe Barnabei commented on the length of the list pertaining to those hired for the Hancock County animal shelter.

“The list is so long because a lot of the part-time workers have gone back to school,” he said. “And she’s coming to find out some of the people they are interviewing might only work one day. She’s covering her hours by having people to pick from and some of them would like to just be on call,.”

Weirton resident Rudy Rosnick approached commissioners once again, talking about the operation of the animal shelter.

“I realize that when the commission made the decision to take over the shelter, you didn’t know what the additional money was going to cost. You knew it was going to be more, but you didn’t know how much more. Now that you have all the figures in for 2018. It’s a little over $300,000 a year more. That’s how much more the taxpayers are paying every year because of the decision made,” Rosnick said.

Within the two years the commissioners have had the animal shelter, Rosnick said the death rate has reportedly increased by 50-60 percent.

“Now I would hope that based upon seeing the reality of what it takes to a run and operate a shelter, that you would reconsider maybe rebidding it out to a non-profit,” Rosnick said.

The rabies clinic set Sept. 22 was made a matter of record by commissioners. It will be held 9-11 a.m. at the animal shelter with the sponsor veterinarian being Mark Ferris. Vaccinations will be $10, and dog licenses and kennel licenses will be available for purchase as well. 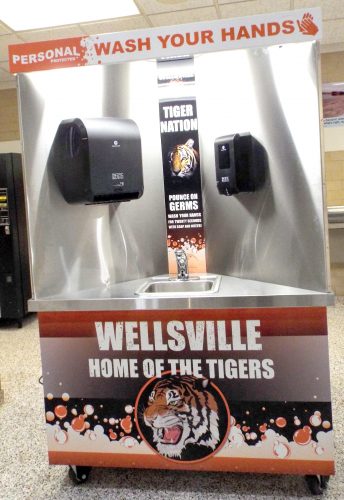