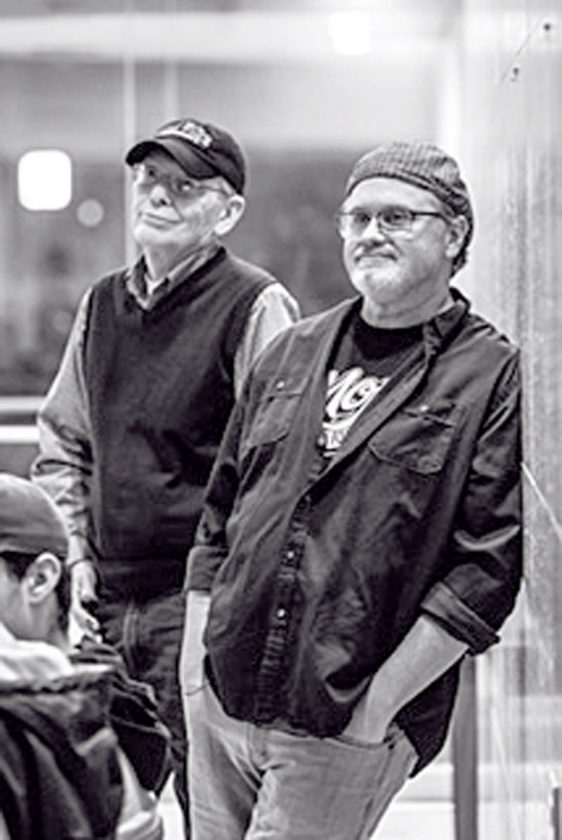 According to Bob Walker, if you write a song, write about something you know very well. This was part of the thought behind his song about The Hot Dog Shoppe. Written in 2015, Walker and fellow musicians Gregg Harding, and Ben White have sung the song many times when they have performed throughout the area. It was written as an ode to the iconic East Liverpool restaurant owned by Ray Trevelline. The song received so much positive response that Walker (who is also a local psychologist) and Harding (a teacher at East Liverpool High School), decided to write other songs about the local area and on the recommendation of Dennis Kinsey, they decided to create and release a CD with the songs.

Dennis Kinsey is a native of East Liverpool who is currently a Professor of Public Relations/International Relations at Syracuse University. In addition, he is the owner of Hondo Mesa Records in Syracuse, NY. A well known performer in the Syracuse area, Kinsey thought a CD with songs about his hometown would be a great idea and wanted to include the CD in the Hondo Mesa catalog. Everyone agreed that this would be a great idea and the CD began to take shape.

After the songs were completed, Walker, Harding, and White recorded the songs at Love Funk Studio with final mixing at Subcat Studio in Syracuse. The cover art was done by local artist Craig Wetzel and is a drawing of the well known weathervane at the entrance of the Hot Dog Shoppe. The back cover is a photo of Walker and Harding during a Team Mojo benefit and was taken by local photographer Jimmy Joe Savage.

The songs include: The Hot dog Shoppe, Never Had To Leave My Home (which is getting FM airplay in the Syracuse area), L & B Donuts/International Blues, Ode To Orlando’s Pizza, Ballad of East Liverpool. Mi Casa-Casa De Emanuel Song, and the title song – My Home Is InThe Valley. The songs were all written by Bob Walker or jointly by Walker and Gregg Harding.

A CD release was held at The Museum of Ceramics in November and was very well attended. Dennis Kinsey was the opening act followed by Walker, Harding and White performing the songs from the CD. Two additional songs, Texas 1983, a song written by the late Brett Hartenbach and True Love, a song written by the late Daniel Johnston were performed to commemorate both Johnston and Hartenbach since both had a tremendous impact on the local music scene.

The CD, which has been selling quite rapidly, is available for $10 at The Museum of Ceramics, J. Sabatini Shoes and the Pottery City Antique Mall. It can also purchased through CD Baby (cdbaby.com) and will soon be available through iTunes. For those who live out of town and would rather order by mail, please send a check for $13 to Bob Walker 1256 Dairy Lane, East Liverpool, OH 43920 and a CD will be mailed out immediately.