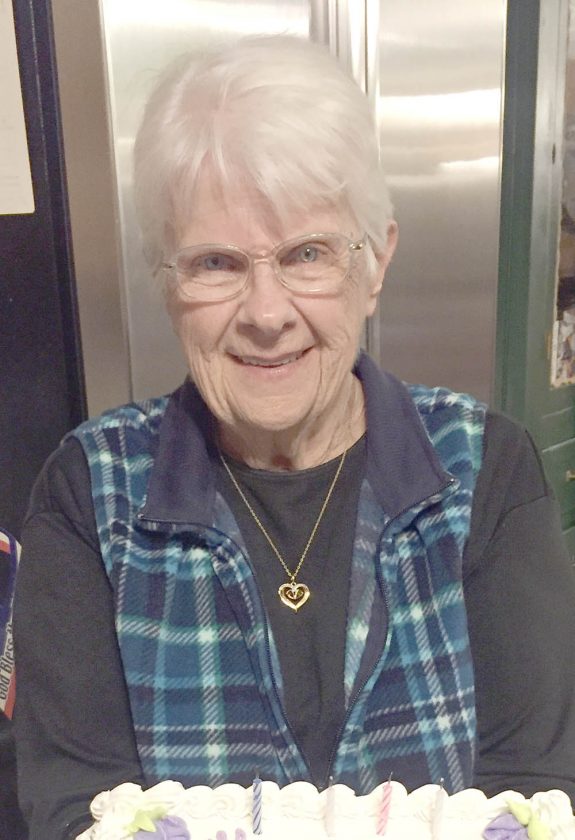 EAST LIVERPOOL — Some people measure their life in years, and others measure how much life they can fit into their years.

Barbara Davis, who celebrates her 20th birthday on Leap Day, has the best of both worlds.

The East Liverpool resident may be celebrating her 20th birthday, but, born in 1940, she has fit a lot of life into those birthdays.

Davis grew up in Dixonville, where she met her late husband of 59 years, Richard. They were friends, but Davis said, “I didn’t pay any attention to him.” That was until Richard’s grandmother, who owned a store in Dixonville, told Davis that Richard had a crush on her.

The couple married in 1958 and went on to have five daughters – Tammy, Christine, Teresa, Stephanie and Barbie. The “Davis Girls,” as they were dubbed growing up, grew the family by seven grandchildren and seven great-grandchildren.

Her family has described her as being creative with an eye for interior design. She always has a new project she’s working on, and before Richard passed away, she put him to work on her projects as well.

With an immediate family so large, Davis has spent her years surrounded by loved ones, which is how she will be celebrating her 20th birthday.