Every family has its tragedies and sorrows; some are mercifully forgotten, others linger through the years and are handed down to younger generations. My mother, Arizona Lucille Adkins Miller, whom we nicknamed Ol’ Food, was a happy person by nature, but for her lifetime, a depth of sadness was evident in her voice when she spoke of the deaths of her sisters Faye and Marie as young adults, and of Faye’s little son, J.O.

Names which seem odd to us today were as common as persimmon trees in Lincoln County, and not just given names like Celestial Faye, Arizona Lucille, and Millard Fillmore. Grandpa’s mother was a Belcher; one of his sisters married a Ketchum, a relative of Sheriff M.E. Ketchum, cited in Ripley’s Believe it or Not; another sister married a Hatfield, of the family of Hatfields that feuded with the McCoys. Gandee and Gillenwater are two other unfamiliar names you will encounter in this story.

About 1892, my grandfather’s first wife, Flora A. Cummings, died 14 days after giving birth to a daughter, Mollie. Millard waited 10 years to remarry. (Aunt Mollie married a Keyser and lived a long life.)

My mother was the eighth of 10 children born to Millard Fillmore Adkins and his second wife, Lelia Jane Adkins. (They were not related; there were and are a lot of Adkinses in Lincoln County, W.Va. Quite a few now live in the East Liverpool area, descended from Lincoln Countians who came north to find work in the potteries and steel mills.)

THE ELDEST TWO daughters born to Millard and Lelia Adkins were Nancy Marie (1904) and Celestial Faye (1907). In 1921 Marie married Alfred Brooks. Alf had served in World War I, taught school and with his brother ran a store in a coal mining town in an adjacent county, Logan. They had two children, Virginia “Jenny,” and James L.

Marie was diagnosed with tuberculosis, and after a year was so sick she went home so her mother, my grandmother Lelia, could care for her. (My mother Lucille was very young when Marie married and moved out, and Marie was very sick when she returned to the household, so there wasn’t quite the attachment Lucille had later with Faye.)

When Marie realized she would not get better, she asked to be baptized. Her father Millard and her brother Griff cut poles to make a stretcher and dammed the small creek beside their house in New Hamlin. Marie’s siblings were present, fetched from school by their father. The scene was described by my cousins Linda and Sue, as told to them years later by Aunt Bea and Aunt Lill:

“This was a cold day with snow on the ground . . . with Alf carrying one end of the stretcher and Griff on the other, they dipped Marie into the shallow pool of water and she said, ‘Alf, my head didn’t go under,” so they submerged her again. This was a sorrowful, heart wrenching event for the family.”

Marie died Feb. 18, 1926, at age 21. Alf and his two small children moved back with his parents. Three years later, Alf was struck and killed by a train. The son, James L. Brooks, was shot dead by a sniper in The Philippines in World War II. Daughter Jenny became a nurse, married Zeddie Gillenwater, had children and enjoyed a long life.

CELESTIAL FAYE was probably as close to a 1920s flapper as Lincoln County had. “Cute, petite and full of life, Faye had lots of friends and loved everyone,” my cousin Linda wrote. Faye graduated high school and in 1928 married Jerry Othel Gandee, who worked for a gas company. They had one son, Jerry Othel Jr. “Faye and Gandee were blessed with a beautiful baby boy with lots of black hair. ‘J.O.,’ they called him, was the gift that made their life perfect.”

Lucille would have been 10 or 11. She would sometimes go and stay with Gandee, Faye and their baby boy, and loved them dearly.

When Faye became sick, sister Lillian encouraged her to see a doctor, fearing she might have contracted TB like Marie. She had, and went into a sanitorium for treatment, but became so homesick she returned home. The little family moved into town and a sister of Otto Moore (who later married my Aunt Edie) cared for Faye for a year before her death in 1931. J.O., age 2, went to live for a time with my grandparents and a house filled with doting young aunts and uncles, “bringing joy into their home again.”

Cousin Linda wrote how Faye must have grieved at leaving little J.O., “not knowing he would soon be with her.” His father remarried, and living with his father and stepmother, J.O. came down with pneumonia and died at age 4 in 1933.

The above information is taken from a wonderful book of genealogy and family stories assembled by family members for a big Adkins reunion in July 2005. A poem written by Lillian for J.O. in 1931 is reproduced, in Aunt Lill’s handwriting, at the beginning of that book.

It describes each member of the Adkins family in verse, concluding with, “Last but not least is little J.O. He is just as impatient as the wind that blows. He is the blessing and life of us all. And if it weren’t for him I’m sure the house would fall.”

Lill was wrong about that. The family of Millard and Lelia Adkins, bound strongly together by love, survived these and other tragedies, but did not forget them. 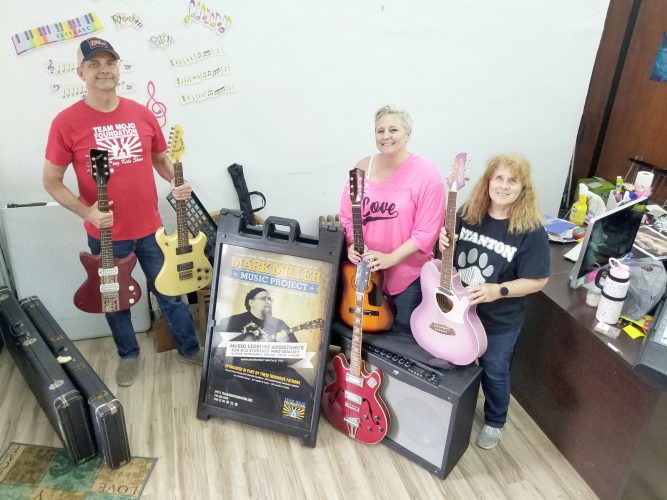 Straight from the horse’s mouth