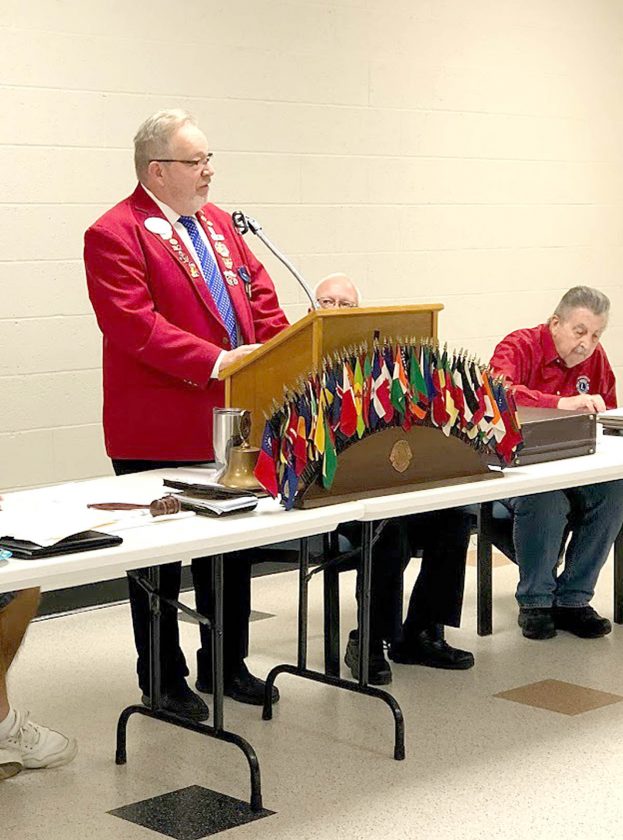 CALCUTTA — The Calcutta Lions Club met for their regular meeting on Oct. 8 at 6:30 p.m. The Pledge of Allegiance was said by all and Lion Janet Christen led the invocation.

Lion Sharon Hall handed out minutes to the previous meeting. They were accepted as submitted.

Lion Carissa Grady started out the evening with trivia, jokes and “good” things.

The guest speaker for the evening was District Governor of 13 OH4, Tony DeLuke. He spoke on retention, membership and activities.

Under committee reports, for the Steelers raffle, Lion Paul informed members he has Steelers tickets to sell. The drawing will be the 1st meeting in November.

Lion Rich Titus stated the Health Expo is scheduled for Oct. 19 at Beaver Local and members should be there from 8:30 a.m. to 3 p.m. Fliers are now available to hand out.

Lion Nancy Hadley reported the next bingo will be held 2 p.m. Oct. 17 at Crossroads.

Lion Don stated apple orders need to be in no later than next Wednesday and we will be bagging them at 10 a.m. Oct. 26.

A pasta dinner fundraiser committee was formed with members Karen and Rich Titus, Sue Elliott, Kathy Barker and Sharon Hall to try and organize the event for the spring.

Lion Bob Hay sent around a sign-up sheet for side dishes for the Christmas party to be h eld at 6:30 p.m. Dec. 10.

Lion Gary made arrangements for our last clean-up of Beaver Creek for 9 a.m. Oct. 12.

King Lion Wayne gave members a board update where we donated $190 to Beaver Local Elementary for two students to attend Camp Fitch. We also donated $200 to the S.T.E.P.S. program to support the Pediatric Cancer program.

The Hancock County Courthouse will reopen to the public on Tuesday, May 26. As a convenience for patrons, the ...