It was late on an August evening – an hour of daylight left – and I was on the tractor heading to Snowden’s Lane, to see whether the present drought had dried up the hillside spring that makes the road’s sunken middle section into a perennial mud trap. (It hadn’t.)

There is no trace of a house up there now, but a hundred years or more ago, someone named Snowden lived up a hollow by our farm, the house reachable by a narrow and partially overgrown farm road that runs along the west property line. It may have been William Snowden; family lore attributes to him the antiquing on the interior doors and woodwork of the 1849 farmhouse; a curvy “Wm S” signed on one top jamb is readily discernable from among the yellow “grain” swirls in the brown varnish, once you know it’s there.

There are mature pine and spruce trees on our property up Snowden’s Lane, planted by my father and 4-H Club teenagers in the 1950s. I have timbered from them, and more are ready to timber, but the road turns into a quagmire after a couple of trips. The sunken section, marked by a hillside slip and the spring that caused it, hardly ever dries out enough, no matter how dry the summer, and never freezes solid enough, no matter how cold the winter.

On my way to assess Snowden’s Lane, I passed the pumpkin garden behind our son Seed’s house and encountered The Favorite, carrying a spade.

I turned off the tractor. “Whatcha doin’, Fave?” I asked.

He hesitated, then said, “Sure.”

THEIR GARDEN IS mostly pumpkins, but the bottom two rows are planted in vegetables for Seed, Miss T, and their three boys. The two older grandsons, Rufus, 15, and Bob, 11, sell the pumpkins on October weekends out of the barn. The pumpkin crop is a concern this year. Too much rain was followed by too little, and it is becoming evident as the vines die down that a sparse crop of pumpkins is turning orange too early.

Most of their vegetables have done well enough, but the carrots that The Favorite had his heart set on were not among them.

I’ve never had any success growing carrots, either. The seeds are so tiny that they are hard to sow as a row crop without over-planting, and then you have to thin them – if you can identify the carrots among a thousand sprouting weeds.

This spring The Favorite told his Grandma Honey, who orders our garden seed, that he would like to plant carrots, so she ordered a small packet of pelleted carrot seed. (I would have called it “pelletized.”) Each seed is coated with an inert material to make a pill: easier to handle and space, and no thinning necessary.

We used plastic (sheet) mulch this year on our gardens for the first time, an innovation I will write about some other time. To plant his carrots, The Fave poked 20 or so holes in the plastic and inserted one pelleted seed in each hole. Only three germinated, and one of those died.

I CLIMBED DOWN OFF the tractor and The Favorite handed me the spade, which I recognized as one that the boys had left out, laying in the weeds and rain for about a month. The shovel’s wooden handle was growing a fungus last time I saw it. Boys are one reason I buy shovels at yard sales.

My grandson’s two carrot plants were easy to find at the end of the first row. Digging, however, was not so easy. The ground was like a rock. On my first thrust the spade’s blade barely dug into it.

I put my weight into the next attempt, and pulled back hard on the handle. It snapped and I fell, barking my shin on the broken shovel.

“Are you all right, Grandpa?” The Fave asked with concern.

“I’m fine,” I said, examining the little trickle of blood on my leg. The older I get, the thinner my skin and the easier I bleed. Working around a farm, I bleed a lot.

The shovel, in its final useful act, had broken off a large clump of dirt with one of the carrots in it, and opened a crack in the ground to the other one. The Fave pulled both his carrots out by their tops and held them up for inspection. Each was about the size of my middle finger.

“I’ll show them to Mom,” the boy said, starting for the house.

“Don’t forget your shovel,” I called, and helped him gather the pieces under his free arm. I saw him discard them beside the chicken house as I started the tractor to head toward Snowden’s Lane.

Friends of Beaver Creek State Park regrets to announce the cancellation of all planned 2020 events, including ...

A couple of things have put me in mind of writing about Hoopie. It has been awhile, and people probably need a ... 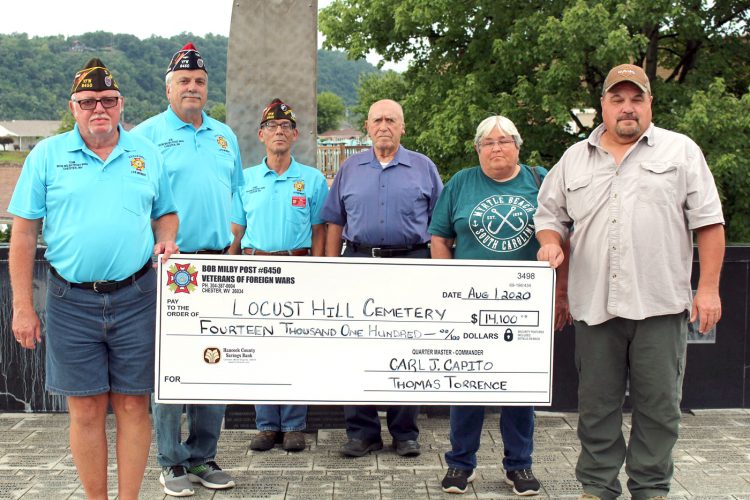