Then why do I feel compelled to rescue watches at yard sales and put new batteries in them?

“Put the watches back,” Honey scolds when she catches me.

“They’re only a dollar. Look at them. They’re nice.”

“What are you going to do with them? Nobody wants them.”

She’s right, mostly. People wear Fitbits to monitor their health and exercise. Techies have Apple watches that function as computers and smartphones. Everyone carries a cellphone.

The least of these can answer the question “What time is it?”

Wearing a bracelet – which is essentially what a wristwatch is – that has only one function, seems not only unnecessary, but . . . retro. (A much nicer word than “old,” don’t you think?)

I TOOK UP this hobby in part because I found sources of cheap batteries, I developed a knack for removing the backs of watches, and I like fixing things.

It’s not an expensive hobby.

Most watches take the AG4 button battery, which is the same as the 626 or 377 battery. I can buy one AG4 on a card at Walmart for $1.75, or a card of 100 AG4 batteries on eBay for $2.84, shipping included. Or, I can go to the Rogers Sale and find a Chinese vendor whose 30 boxes of merchandise include one with cards of a dozen AG4 or miscellaneous button batteries for $1 a card.

A sharp rap on a thin-bladed Rada paring knife pops the backs off of most watches. For watch backs that unscrew with a special tool, an internet video taught me to do the job with the tips of needle-nose pliers.

A dozen years ago I spent $3 at a yard sale for a man’s Fossil wristwatch with stainless steel band and blue face, a watch that retails for about $80. I took it to a local jeweler, who replaced the battery for $10, and thereby had a very handsome watch. Men can’t wear much in the way of jewelry, and I confess I like the way it looks on my farmer-tanned wrist. Five years later, when I needed a new battery for this watch, I took it back to the same jewelry store (under new ownership) and I was charged $30.

When I balked at the cost, the clerk, who seemed embarrassed, said the jeweler told her the watch took two batteries. Not true, I found out when I replaced the single battery myself a couple of years ago, unscrewing the back with needle-nose pliers.

I REMEMBER WHEN the first digital watches came out. It was in the early 1970s, and we lived in Oklahoma at the time. The early LED digitals were very pricy. Now, the very cheapest watches are digital LCR. I disliked the early digital watches with their red-glowing LED numbers. I still feel the same way about most digital clocks, such as the one in my car. I have to reset it often from a confusing program menu because it loses time.

Give me a clock face with 12 numbers, and minute and hour hands, and, oh please, a ticking second hand to show that the clock is working. It gives me visual reassurance that time (with apologies to Einstein) is passing in measurable, orderly and linear fashion. It shows that there is a past, a present and a future.

What do I do with the watches I bring back to life? I’ve tried selling them at our own yard sales, and through a local auction. The better ones may bring $4, so I don’t do it for the money.

Mostly, I give them away to friends and family, including the grandsons, grand-nieces and -nephews. The girls like them because they are pretty; girls and boys, because having a watch is a sign that they are growing up. At least, it used to mean that.

Ben Feldman of East Liverpool, the world’s greatest life insurance salesman, had a pitch that began, “What every man wants is more time. . . .”

Maybe that’s what I’m after, subconsciously: saving time by saving watches. Or is that a little too Freudian?

(A book of 50 vintage Fred Miller columns, “Worshrag, Shark and Seed,” is available locally at a number of locations, including City Hospital Auxiliary gift shop, the, Pottery City Antiques, Marty’s Pharmacy, the Green Marble, and Calcutta Giant Eagle, and at fredmilleratlarge.com, email pacyberguy@gmail.com) 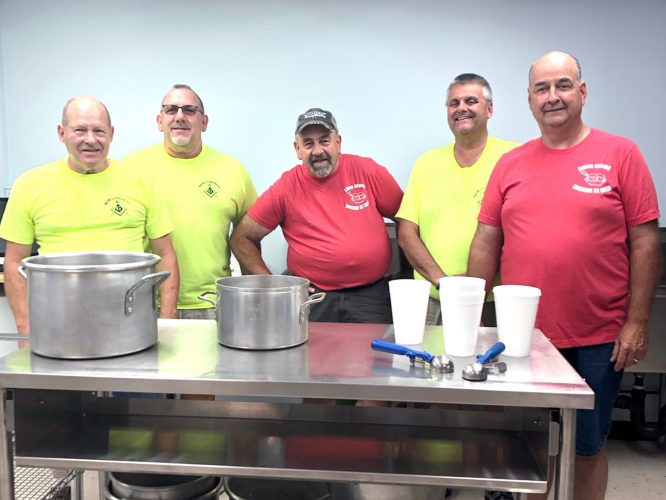