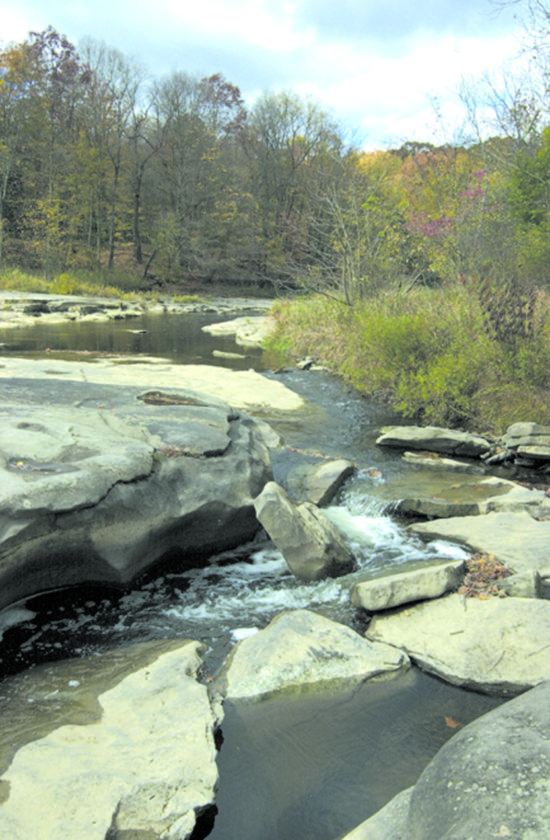 FREDERICKTOWN — Beaverkettle Farms is being closed to the public.

Beaverkettle Farms, Ltd. is based in the unincorporated village of Fredericktown, in St. Clair Township, three miles north of the Calcutta shopping area on state Route 170. Beaverkettle manages 4,108 acres in Ohio and western Pennsylvania. The property includes the popular “Tubs” swimming and sunbathing area on the North Fork of Little Beaver Creek, just north of Fredericktown.

“In the last few years, there’s been a real escalation of aggressive behavior toward Beaverkettle security employees,” Winterburn said. “Most people are courteous and cooperative, but there are more and more visitors who don’t understand that this is private property that needs to be treated with care and respect.”

Since Beaverkettle was formed in 1927, it has been a popular destination for area residents. Fishermen, hikers, swimmers and horseback riders have long enjoyed using its lands for recreation.

Because the acreage is privately owned by the extended Vodrey family, a pass system was used for decades to ensure that those who came onto the property had permission — and could be ejected for trespassing if they abused the privilege.

Winterburn attributed at least some of the recent problems to the widespread use of social media and texting. “People use Facebook and texting to invite their friends, and then the friends think they’re coming to some scenic park that’s open to the public,” he said. Winterburn added that the growing and illegal use of off-road vehicles, ATV’s and the like were destroying Beaverkettle trails.

The closure decision was also driven by the fact that most of Beaverkettle is under conservation easement with the state of Ohio and the Columbiana Soil and Water Conservation District. This means that use of the land is limited in order to best protect its “conservation values” — in other words, its natural beauty and unspoiled character.

As an increasing volume of unpermitted visitors were coming onto the land with each passing year — many of them ignoring prohibitions against food & drink [to control litter], pets and motorized vehicles — the Vodrey family has had to act upon these serious concerns.

All existing Beaverkettle Farms passes are now null and void. There is no need to return passes, but they may be discarded. For those holding hunting passes, all tree stands and related hunting paraphernalia must be removed from Beaverkettle property. After June 1, any such items will be destroyed by Beaverkettle.

The closure will be strictly enforced. Trespassers will be ejected or charged with criminal trespass, if appropriate. Flyers will be placed on cars parked on Beaverkettle property, cautioning drivers regarding the closure of the property.

The Hancock County Courthouse will reopen to the public on Tuesday, May 26. As a convenience for patrons, the ...