Police were called to the Circle K at 12:32 a.m. Tuesday, where man walked out and said he felt like he was about to overdose. The man was shoeless and lost. The man was not sure which drug he took but believed it to be some vicodin, washed down with alcoholic beverages. An ambulance was called to transport him to a local hospital.

A man reported his wallet was stolen from his pickup truck on Aug. 3 when he was either at the Circle K or Mary’s Pizza. The wallet contained $500 in cash.

The owners of a tent company reported one of their tents was stolen from the county fairgrounds on Aug. 5.

Police were called to Apple Grove apartments at 7:43 p.m. Monday after a resident reported drinking three cases of beer and Fireball whiskey. An ambulance was called to transport him to a local hospital.

Police responded to report of shots being fired on North Street at 8:16 p.m. Saturday, which ended up with the arrest of John A. Applegate, 62, of Pendleton Street. After Applegate was identified as the suspect, police went to the house and found him to be intoxicated. When asked if he had fired any weapons, Applegate denied taking his gun out but then said the kids should not have been on his property. When police asked him what weapon he used, Applegate said his .40-caliber Smith & Wesson, and one of the officers retrieved it from his bedroom. Applegate reportedly fire shots into his lawn to scare away the youths on his property, and he was charged with inducing panic and having weapons while intoxicated. 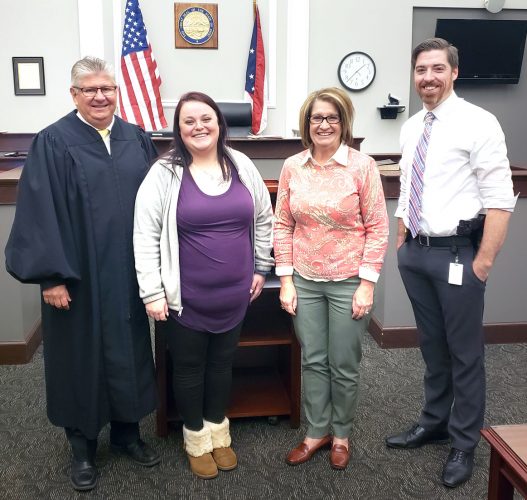 East Liverpool — An officer issued a verbal warning at 2:14 a.m. Wednesday in the first block of state Route 11 ...

LISBON — Scott A. Bryant was found not guilty of a misdemeanor assault charge following a jury trial in front of ...